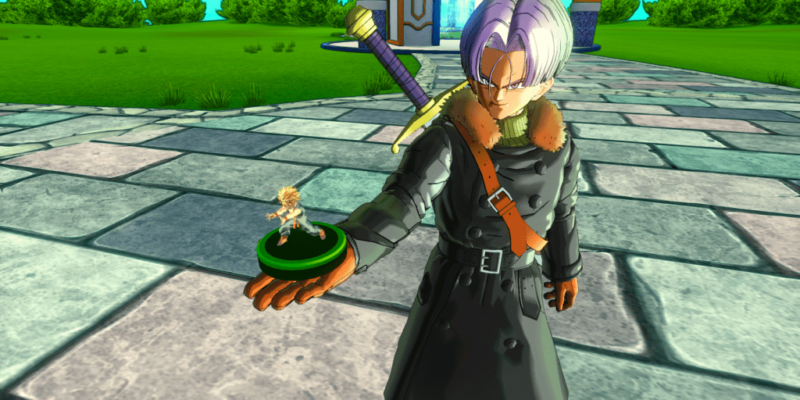 On the majority of platforms, Dragon Ball Xenoverse 2 gets ‘Extra Pack 1’ and a free update today. For the PC, they’re both coming in early December. The freebie stuff will be released for PC on 4 December. Extra Pack 1 will be available to buy from 5 December.

The free update will include the Hero Colosseum mode, in which Dragon Ball Xenoverse 2 players can use digital figurines to play a strategic board game. Each figurine will have different skills, just like the regular Dragon Ball characters. It’ll also add a new expert mission featuring “Android 13, Buu (Gohan absorbed), Dabura and Zamasu”, plus a new raid quest against Fused Zamasu. Expect additional items in the medal shop and customisable background music too.

In addition, in celebration of 8 million sold copies of the Dragon Ball Xenoverse series, extra TP medals will be distributed every Thursday. That may begin later on PC to coincide with the delayed DLC and update releases. Either way, it’ll last until March 2018.

Here’s what’s included in Extra Pack 1, if you opt to buy that.

It looks like Extra Pack 1 will cost $10 as a standalone for Dragon Ball Xenoverse 2, or $16 in a two-pack purchase with Extra Pack 2 (due in early 2018). They’re not available to purchase on Steam just yet, though.