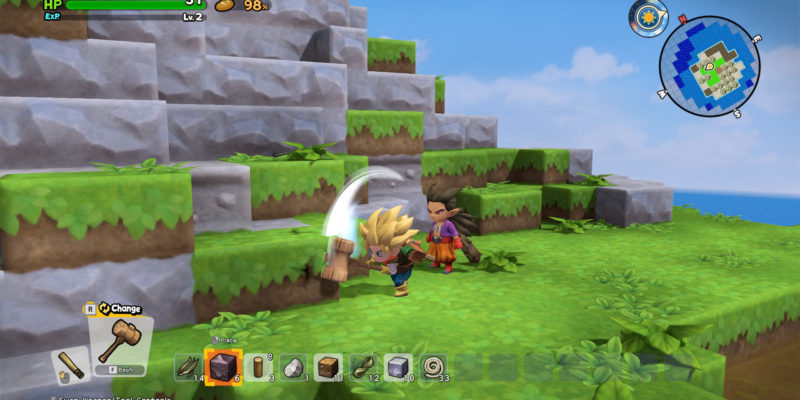 Square Enix announced today that a Dragon Quest Builder 2 “jumbo demo” is available to download on Steam. The demo comes ahead of the game’s December 10 launch, allowing players to try out the keyboard and mouse support, as well as the refined visual settings, before dropping $59.99. Additionally, the Steam version comes with the three previously released DLC packs.

In true Dragon Quest fashion, the Builders 2 demo is lengthy. Players have access to the first three areas of the game: the tutorial area, the Isle of Awakening, and most of Furrowfield Island. These three areas account for around two-to-three hours of gameplay, so there’s plenty of building to do before you buy. Saves will carry into the full version of the game too, so you don’t have to worry about losing progress.

The DLC packs, which retail for a combined $26 on consoles, include over 150 new recipes. These include modern blocks that allow you to build Sims-esque structures; the “Aquarium Pack,” where you can build an aquarium and add fish you catch; and the “Hotto Stuff Pack,” which comes with some recipes based on the Hotto Steppe. Square Enix is asking the full retail price of the game, which was released on consoles nearly a year ago. However, with all of the extra DLC, the Steam release is a sort of definitive edition. 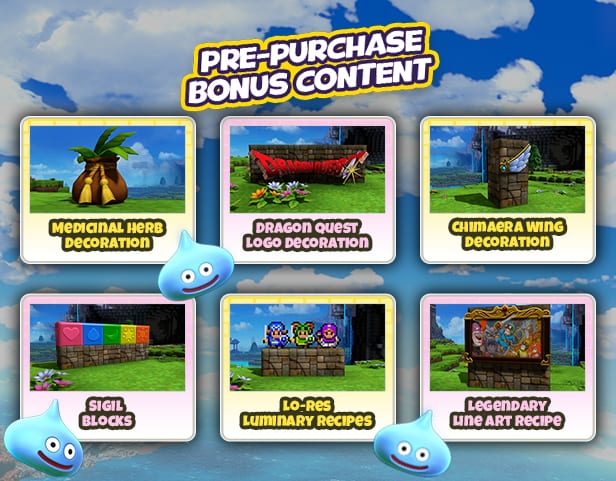 In addition to the DLC, Square is offering so-called “pre-purchase” bonuses for anyone who acquires the game before January 6, so you can wait to see how the Steam version runs while still getting the pre-purchase benefits. Here’s what’s included:

Dragon Quest Builders 2 is a building game set in the world of Dragon Quest. Unlike other building games that drop you in and tell you to get to work, Builders 2 embraces many more RPG elements. It features a full, 50+-hour campaign that spans multiple islands. You can also team up for up to four players to build in an online sandbox mode. You can pre-purchase the game and download the demo on Steam.