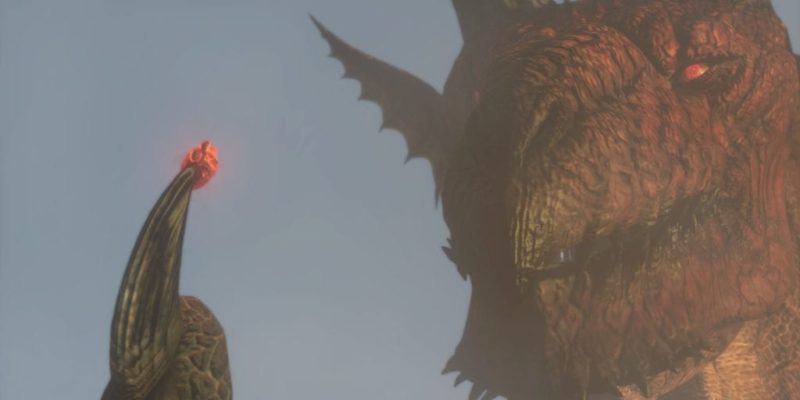 I’d never played Dragon’s Dogma, but thanks to this 2016 PC version (bundled with the expansion, hence the Dark Arisen subtitle) and my oh-so-chatty AI ‘pawn’ allies, I am now thoroughly schooled on the pack-based hunting tactics of wolves. If there’s one thing the first seven or eight hours of Dragon’s Dogma want you to know, it’s that wolves do, indeed, hunt in packs.

But enough about loose-tongued travelling companions for now, what everybody wants to know is whether this PC port is any good. To which the simple answer is yes. Absolutely, yes. Aside from the obvious limitations of being a near four-year-old Xbox 360/PS3 game, it has just about every option and feature you’d expect in a contemporary PC release.

Let’s start by having a look at graphics/display options. 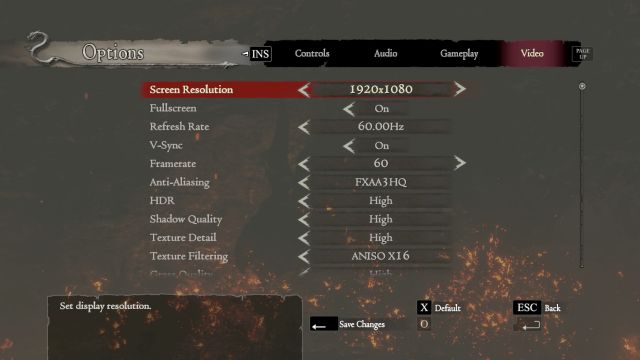 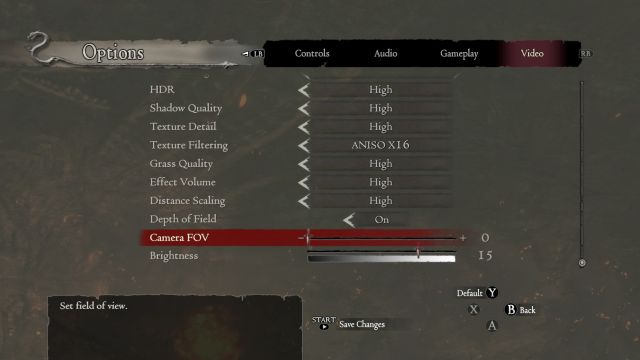 A few of those aspects are worth exploring in more detail. Dragon’s Dogma: Dark Arisen supports 4K resolutions (and possibly beyond, I was able to down-sample up to 3840 x 2160), and the frame-rate tops out at 150 if you let it run wild and free. You can also choose to lock it to 30 or 60 if you like, and I opted for the latter of those two options.

My PC (above) was very happy running a locked 60 at 1080p with all the settings at their maximum values, but started to fluctuate into the 40s if I pushed my luck with (downsampled) 1440p. Worth a note: the black bar ‘letter-boxing’ from the console version is no longer present on PC at 16:9. Dragon’s Dogma is now in glorious full screen.

The anti-aliasing options are FXAA/FXAA3/FXAA3HQ, so if you want to use something different it’ll have to be forced through GPU software.

Here’s a comparative shot between all graphics at their lowest settings, and maxed out. The most noticeable differences are in texture quality (ground and clothing etc), and the sparsity of grass on lower settings. You get quite a bit of character/tree pop-in no matter what settings you choose, which I imagine is a legacy of this being an older console title.

I left Depth of Field off for both shots, because I found it to be a bit too indistinctly blurry for my tastes. You can probably see it in use in some of the other images dotted through this piece, taken before I switched it off.

There’s also an FOV slider, offering values of 0 to 15. Here’s a comparison between the default (0) and the 15 setting.

I found it made the screen go a bit too ‘fish-eye-lens’ for me at the highest value (especially when turning), but between 5-10 gave a nice boost.

Dragon’s Dogma also lets you make multiple tweaks to the HUD and how/when various bits of information are displayed, as shown in this pair of gameplay settings screens. 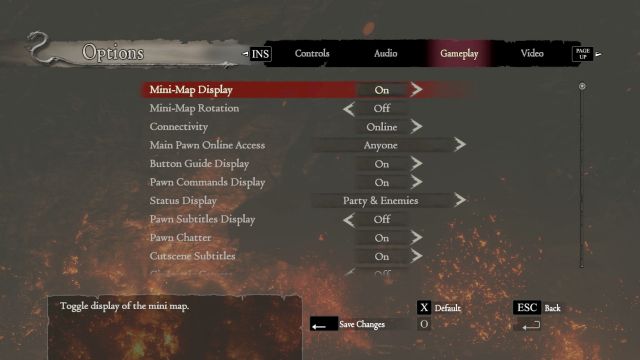 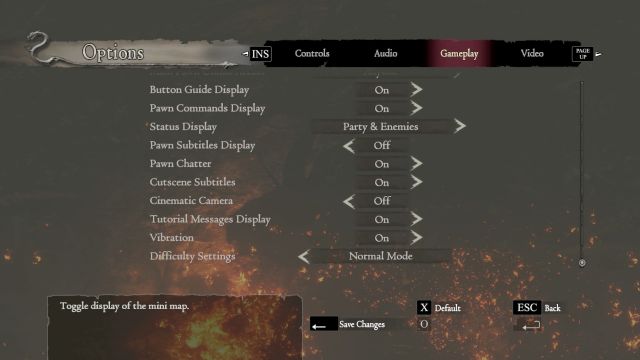 The main point of interest here is the new addition of a ‘Pawn Chatter’ toggle on PC. If players get tired of hearing their pawns gassing on about formidable foes and packs of wolves, they can now silence their verbose allies. They’ll still offer you advice if you speak directly to them, but otherwise keep lips sealed.

For now, I’m still finding the pawn barks charming and suitably silly. That might change once I’m 20 hours deep.

If you want to play with mouse and keyboard like the PC founding fathers intended (or whatever), then good news, Capcom actually put some effort into implementing this as a viable control scheme. All of the keys can be redefined, there’s a camera sensitivity slider to play with until the mouse feels right, the mouse works on all menus (a major positive), and they’ve even implemented an alternative way to fire the bow. 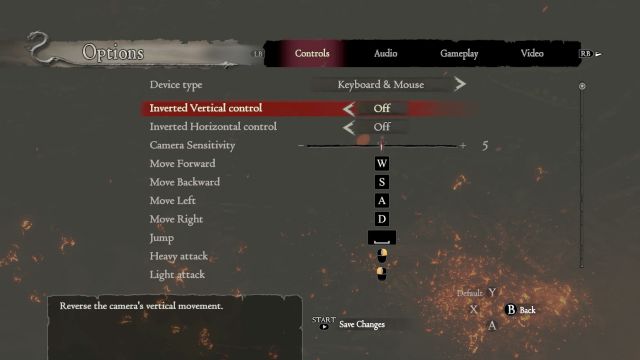 If you’re an arrow-spewing character using the controller layout, the way to bring up the bow crosshair is to hold down trigger. From there, you can fire the bow as normal, or activate some special skill attacks.

On keys, you still have a secondary/bow attack skill button you can hold down (I think this is left ctrl by default), but if want to just loose off some arrows without special skills, pressing the Q key toggles ‘bow mode’. In this stance, you can use the right mouse button to pull up the aiming crosshair and left to fire (as usual), but without holding down any additional keys. It’s less clunky in action than it is to spell out in text, and it shows Capcom put a welcome bit of extra effort into the mouse/key controls.

Switching between keyboard/mouse and controller can be done mid-game, on the fly. All button prompts will switch accordingly, too.

An alternative visual interpretation of the term “on the fly”.

Speaking of extras, the PC version of Dragon’s Dogma has quite a few. As well as the Bitterblack Isle expansion, this edition has almost all of the pre-order and DLC-type items available from item storage at the start (which could make things a bit too easy if you binge on those). Only “almost” all, because the Berserk-based armour set is missing due to licensing issues. Until somebody gets around to modding it back in, anyway.

All Japanese voice acting is absent too. Again, due to licensing issues. And, again, modding may provide a surreptitious route through which they could return.

According to Capcom there are no longer any Riftstone microtransactions (however those worked; you just get them in quests now), and the fast travel options work a little more generously now. There’s something called an ‘Eternal Ferrystone’ available early on (free fast travel to certain points, basically), and the single-use items that also enable fast travel are much cheaper on PC. 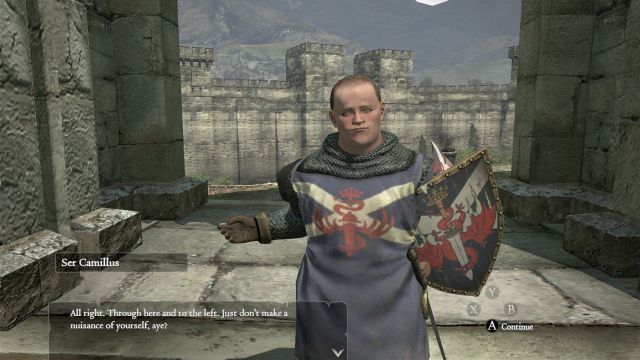 At PC Invasion we have a policy of finishing a game before we review it, so it’ll probably be a fair while before you see a full critique here. What I can say is that Dragon’s Dogma has made a great early impression. The character creator is flexible enough to create reasonable approximations of actual humans, and silly enough to allow you to create bizarre nightmare creatures. Better yet, I’ve since learned that some of the choices you make here actually affect how your character plays. Small, frail types will have reduced hitboxes but won’t be able to carry as much stuff, while burly bruisers should recover stamina faster, but might struggle to clamber up cliffs as quickly.

The pawn ally system is also pretty interesting so far. You get to create a ‘main’ buddy pawn of your own (another chance to dick around with the character creator), and can hire a couple of others; either from just around the world, or from inside the Rift (giving you access to pawns created by others). They often come with quest knowledge (because they’ve done the missions before), and can come out with helpful tips like “oh hey, everything in this quest hates Holy damage”. With that information, you can tailor your party a little bit better.

After a few hours of play, I can already tell that combat is going to be the outstanding aspect of this game. In Dragon’s Dogma, large fantasy beasts are an invitation to grab on and do some climbing (rather than time to run around stabbing at oversized ankles like most games). I’ve already beheaded a Hydra and ridden a troll around an underground dungeon until he fortuitously fell off a ledge to his death. And with the smaller enemies, you can just pick them up and toss them off nearby cliffs. There’s a pretty involved combo system too, which even seems to let you go as far as move-cancelling (at least on my Strider class character) if you feel so inclined. 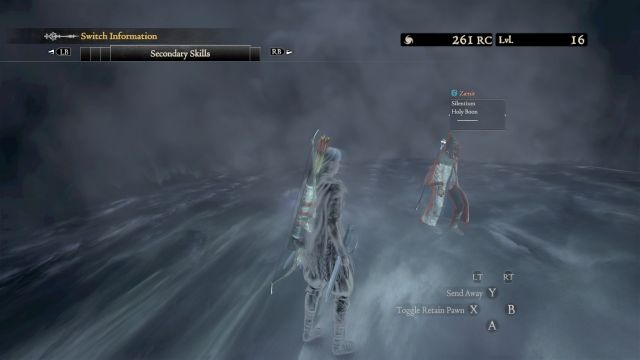 The Rift is your go-to location for wonderful and horrifying new AI friends.

So yes, very positive initial feelings. The NPC characters have been pretty bland (don’t expect Witcher 3 caliber writing with any of this stuff), but the main narrative has enough intrigue about it to be fairly interesting. How come I’m alive after a dragon ate my heart? What’s the deal with pawns, anyway? Can I get back to lobbing goblins off cliffs again?

As I noted at the start of this piece, the Dragon’s Dogma: Dark Arisen PC version seems to be about as loving a transition of a four year old console game as could be hoped for. There’s very little to go in the negative column. Um, let’s see, loading times are now so quick that you can’t always read the expository text hints properly? That’s seriously clutching at straws. Oh, I know, it crashed once! Disgraceful, 0/10.

Meanwhile, in the serious positives department: It does high resolutions, technically has a frame-rate cap but puts it at 150, includes plenty of graphics options to allow different rigs to scale appropriately, appears to perform very well (though I only have my own machine to measure here), and includes a whole bunch of DLC extras and some quality of life improvements. Mouse and keyboard controls aren’t too bad either. Overall, a really fine release, and what looks to be a unique addition to the PC’s collection of open world RPGs.

Editor’s Note: We are aware that a leaked version of the game has been available for some time. However, due to an embargo set by Capcom we have been unable to release this article sooner.

By Tim McDonald11 hours ago
Previews