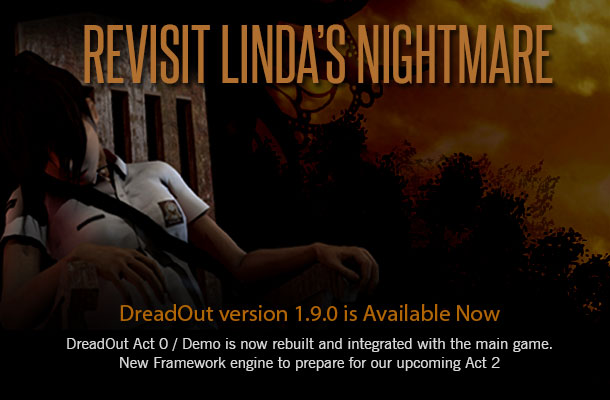 More horror has been added to the game with Linda’s prologue.

The latest version of DreadOut has just been set live on Steam this evening and it comes a new prologue to Act 1 called DreadOut Act 0 Prologue which has also been released as a demo. The new content is free if you already own the game and the new act appears in the game’s menu.

An important point to note is that this update will break any saves so they suggest finishing Act 1 if you’re still playing that before installing the update. The full iupdate notes are as follows, and if you want to find out more about the game, check our review.

In related news, Digital happiness are still working on Act 2 of the game and they’ve released some new shots which can be found in the official site’s media section.

Now here’s the notes for this update…