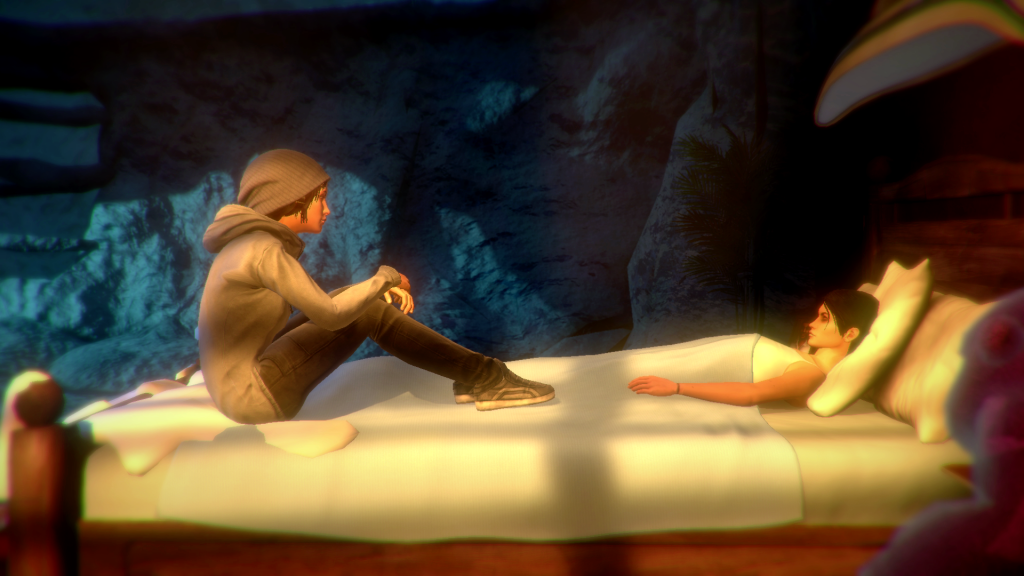 I’ve seen this bit! Although… Zoe’s clothes have changed in the release version. That’s not a spoiler, right?

Dreamfall Chapters is out today! Except it might not be. It’s a bit hard to say.

The long-awaited adventure sequel was presumably meant to be out at 6pm (the usual Steam launch time in the UK; that should be around the time this story was published) but a backer email has indicated a last-minute delay. The current build of the game contains some “critical bugs”, and while the team at Red Thread hopes that they won’t take long to fix, this does mean that Dreamfall Chapters isn’t actually out right now.

There are a few smaller ones, but the bigger ones include “toggling subtitles breaks the voices”, “loading an auto-save breaks the game”, and “the Mac version crashes on load”, all of which are fairly major. So, er, yeah. I can see why the official release has been pushed back a bit.

It sounds like Red Thread are hoping they can get Dreamfall Chapters out a bit later tonight, but after fixing the bugs they then need to run the game on multiple machines to make sure nothing else terrible has happened.

Note that only one of these bugs is apparently in the version received by backers who paid for early access, so if you have that version, you’re… probably okay to play? Just be careful, I suppose. I haven’t encountered any of them so far, but then, I’ve watched the intro. That hasn’t really given me much time to hit anything game-breaking.