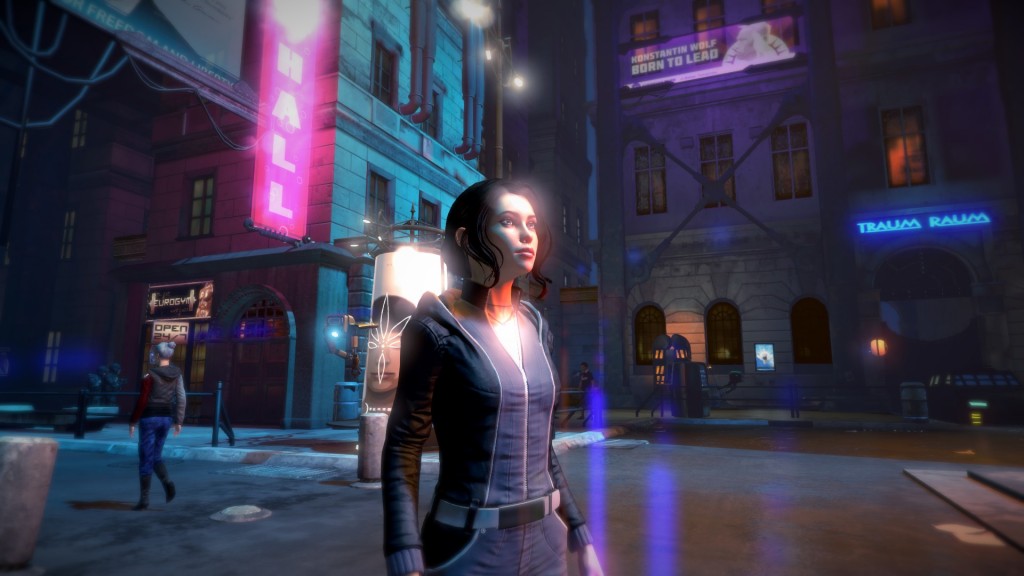 Now running at more than six frames per second.

Red Thread Games have updated Dreamfall Chapters with two of the most requested things.

First and foremost: the Story Recap video is now accessible from the main menu. This means you’ve now got a three-minute summary of what happened in Dreamfall: The Longest Journey, and thus Dreamfall Chapters should make a hell of a lot more sense of you can’t remember the minutiae of how Zoë’s adventures began.

Secondly: performance should now be vastly improved, which is a rather good thing because Unity isn’t the most efficient engine in the world. The game (especially Europolis) will eat less memory, overall performance should be better in general, there’s a fix to some shaders that caused graphical artifacts, and there are a load more visual options you can tweak on and off at your leisure. You can now turn off depth-of-field or change the shadow draw-distance, for instance. So yes, Dreamfall Chapters should now run quite a bit better, and if it doesn’t you have an easy way of turning down the visual quality.

There are also plenty of smaller tweaks. German subtitles and voiceovers have been updated along with French subtitles; the localised menu interface has been improved; they’ve verified support for the Xbox One controller; and there are lots of other little tweaks. For instance, the game now gives you a “consequence notification” on the first Decision Point in the game… which is quite important, because apparently it completely changes the gameplay-and-story path for Zoë in Europolis. I wasn’t actually aware that there were two paths in Europolis, so that’s definitely a good thing to know!

You can read the full patch notes over here, and have a look at my extremely tentative review of the game’s first Book over here.

Assassin’s Creed Unity Trailer Is Trapped In A Time Paradox