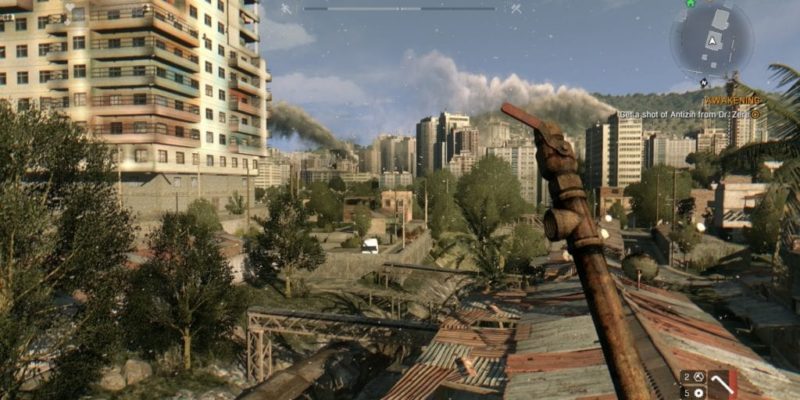 If you’ve been eyeing Dying Light since its release in January and wishing there was an easy way to sample the game, then word of a demo should be quite pleasing.

It’s available right now on Steam, and offers “most of” the Slums map to explore. Techland estimate that the demo provides about three hours of Dying Light activities, including one major quest chain, a few side-quests, and all of the game’s parkour and zombie slaying antics.

The demo also supports co-op for up to four players, so you can leap about with some fellow demo-samplers as you decide whether the full title is for you or not.

“Demoes were pretty much a standard in the previous generation, but suddenly they’ve become few and far between” says Techland’s Tymon Smekta?a, “So we decided to use some of our resources to release a demo now and let everyone experience our game first-hand”.

It’s also probably not a bad way to get more people into the game and interested in the upcoming expansion, The Following.

Diablo III gets a facelift with 2.3.0 patch