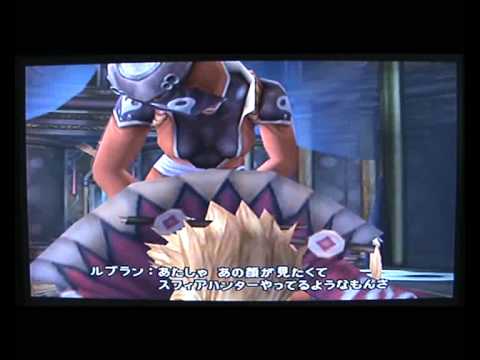 It’s hard to know whether Final Fantasy XIII went horribly wrong or horribly right. As far as myself and a legion of other long-standing Final Fantasy fans were concerned, it was an interesting twist on the traditional Active Time Battle combat engine in a game so linear you could use it as a ruler. It had tutorials that lasted half the game. It took hours before you even got the ability to level up, for crying out loud.
On the other hand, it was thoroughly enjoyed by plenty of people who’d never really dabbled with the JRPG genre before, so Square Enix got a horde of new recruits eager to try out the older games – not least because pretty much everyone on the internet was banging on about how much better they were.

As such, a direct sequel to Final Fantasy XIII is an odd choice. On the one hand, we’re all still waiting for Final Fantasy Versus XIII, and Final Fantasy Type-0 (formerly Final Fantasy Agito XIII, and if you’re very very confused by all of this I apologise).
On the other hand, I guess Square Enix decided that there was more to be done with Final Fantasy XIII’s story. I mean, that worked out well for Final Fantasy X-2, didn’t it? With the hot spring breast-size comparisons, and the massage mini-game?
Still, Final Fantasy XIII-2 (which I’m just going to call XIII-2 from here on in) at least looks like it’s staying true to its predecessor, albeit with a few complaints addressed. While Square Enix are remaining coy about the game’s story, the demo section on display focuses on a rebuilding effort in Bresha, and… a giant robot monster thing, called Atlas, which is coming through from an alternate dimension and is wreaking havoc. Um.

The combat – now with new leads Serah (Lightning’s sister from the first game) and Noel (with floppy hair and baggy pants) – largely resembles the battle system from XIII, which is a good sign. Paradigms are back in, as are the abilities to rapidly shift between them. Once again, you only directly control one character, with the others following the skills outlined in their Paradigms.
New to the table are events that Square Enix has named “cinematic action sequences”, although “quick-time events” would probably be better fitting: at points throughout bigger battles, you’ll get the opportunity to complete QTEs which – depending on your success or failure – might give you buffs, have you avoid damage, or have you deal massive damage to the foe, or alternately boost your enemy or force you to take a whack of damage. In this case, succeeding in the QTE to dodge one of Atlas’ bigger attacks led to both player characters taking no damage whatsoever and getting some nifty buffs.
These have an interplay with another tweak to the combat system, revealed a little later. From time to time, beating up monsters will reward you with crystals; these crystals add that monster to your party. Forever. It looks like the monsters in use are auto-swapped depending on the Paradigm you’re using – if you want a Ravager then you’ll get a magic-using monster like a Flanbanero; if you switch to Commando, except a Cerberus or Behemoth. Depending on which monsters you’ve acquired, obviously.
But I mentioned QTEs! Each of these monsters has a special attack bar that swiftly builds up during battles. Once it’s full, tapping a button unleashes a Feral Link – a powerful attack dependent on your ability to tap particular buttons with speed. In this sense it’s fairly similar to the sort of Limit Breaks that entered the series in Final Fantasy VIII, being dependant on player skill as much as character level. On the plus side, none of the QTEs on display appeared to be particularly tricky, so cack-handed gamers shouldn’t have much issue.
Other than QTEs, I mentioned that XIII-2 addressed a few complaints, and as I don’t think “not enough QTEs” was a particularly common player complaint, I should probably draw some attention to things that have been fixed. For starters, the player characters can now jump. I’m not sure what significance this has, but there you go.
Of rather more importance are areas where you can cool your heels for awhile. Square’s still reticent to call these areas “towns” and are steadfastly not saying anything about the in-game economy or shops, but if you’re the sort of gamer who likes wandering around chatting to NPCs and picking up on a bit of local flavour, you’ll have plenty of opportunity to do so.
Random encounters have changed a bit, too: monsters now suddenly appear in the wilderness, starting up something called the “Mog Clock.” Depending on how long you take to start battle, different effects will happen: if you rush straight for the nearest monster, you’ll get a “green” effect, which means monsters will be weakened and you’ll start with hefty buffs. If you dawdle before starting combat, you’ll get a “yellow” effect and battle will proceed normally.
Alternatively, you can try to escape by leaving their circle of influence. The monsters will try to chase you, but any friendly NPCs nearby will attempt to slow them down. If you don’t manage to escape the monsters before the Mog Clock winds down, however, battle immediately begins with a “red” effect, and the monsters are the ones who get buffed. How well this’ll work over the course of the game remains to be seen, but it’s an interesting method, and NPCs slowing the monsters down speaks well to how populated the game world should be – which’ll hopefully address the complaints that XIII was too empty.
Player choice has also been implemented into the game a bit better. There’ll be more areas to explore, apparently, with plenty of dead-ends on the map which might hide treasure. Interestingly, there are also things called “Live Triggers” which appear to be points in which you can decide how to proceed.

One example was given in the demo. Atlas runs away after getting hammered by some airship support, and when chasing him down, Noel and Serah hear about a strange device that’s turned up. The theory goes that it might be something that’ll help weaken the colossus, and so the choice is given to either go and find it, or head straight for Atlas.
In the demo, finding the strange device (leading into a weird puzzle section in which plays have to navigate a path that falls apart behind them in an attempt to grab crystals and reach an exit; another example of how Squenix is trying to fix XIII’s continual walking and combat) is the only way to proceed: heading straight to Atlas results in the characters getting ripped apart. Square noted that this is just for the purposes of the demo – while Atlas will always be a challenge, it’ll still be possible to defeat him without the help of the device if you’ve levelled up a little bit.
Once the device has been used, however, he doesn’t present much of a challenge at all. He’s on half health, he’s easy to put into a weakened “Stagger” state through repeated attacks, and his movements have slowed down enough that you can shift into a defensive paradigm every time he starts an attack and then flick back to an all-out offensive once he finishes.
So: it’s more Final Fantasy XIII, only with tweaks. Annoyingly, this demo has raised more questions in my mind than it’s answered. Will we have genuine towns? Will there be shopping? How will levelling work, particularly with regards to our monster companions? But, honestly, the most important question is this: how are the branching paths going to work? Will we have genuinely different routes depending on our choices, or will the paths simply be like the one shown in this demo, offering you the opportunity to skip a brief section if you’re overpowered?
I admit, I’m on my guard after Final Fantasy XIII confounded my expectations and delivered something that was little like the Final Fantasy games of the past. I’ve still got hopes that Square Enix will find a way to put a bit more choice, a bit more exploration, and a bit more non-linearity into this sequel, particularly as they should be able to re-use some assets from the previous game, but right now my cynicism is winning out. We’ll see for sure when Final Fantasy XIII launches on PS3 and 360 early next year.