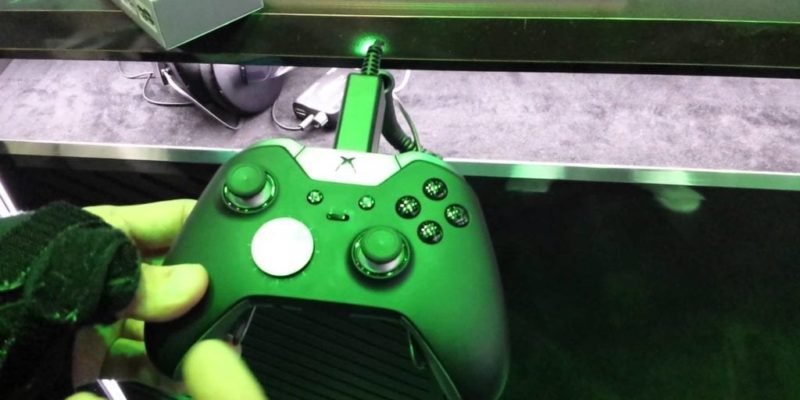 Microsoft revealed its Xbox One Elite controller during its E3 2015 press conference. It does seem like the controller that we’ve been waiting for considering the fact that we’ve looked to third-party hardware developers to come up with the specs needed to make it possible. Even with that said, the controller satisfies the realm of console and PC gaming with the support of customization.

There are swappable buttons for those looking for a more personal fit, along with fins on the underside that can be mapped ensuring that you won’t have to lift your fingers off of a particular button at that moment. So, if you want to place the aim to the left fin and fire to the right, you won’t need to make bigger adjustments during tense fire. They also have a “snap” to them, clicking similarly to that of a computer mouse. They are also fairly sturdy having press hard on them on the show floor.

After spending some limited hands-on time during E3, it can be said with confidence that the controller has a fighting chance.

For many, the retail price tag is halting the “all in” mentality. The Xbox One Elite controller will retail for $149.99. It will be available October 2015. There is also software that will be supporting the newly branded controller.

Here is what you can expect in the package:

*App available on Xbox One and Windows 10