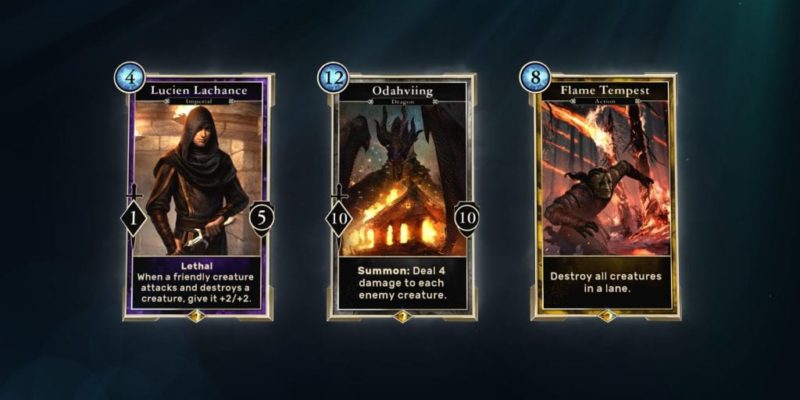 Worldwide beta registration is now open for The Elder Scrolls: Legends, Bethesda’s attempt to get in on the free-to-play strategic card game action. Closed beta actually begins today on PC, so if you sign up over here you have the chance to get playing almost right away (if you’re selected).

If you’re not one of the first few to be chosen, all is not lost. More players will be introduced to the closed beta “over the next few months”. For anybody who happens to be at PAX East right now, the game is also playable there, in the Bethesda booth, between 22 April and 24 April.

The Elder Scrolls: Legends is, of course, based on the titular series, and transfers those familiar characters and creatures to card form. Much like Hearthstone does for Blizzard’s World of Warcraft. Single and multiplayer modes of play are both present and correct, along with some challenges. A basic gameplay overview is provided below.