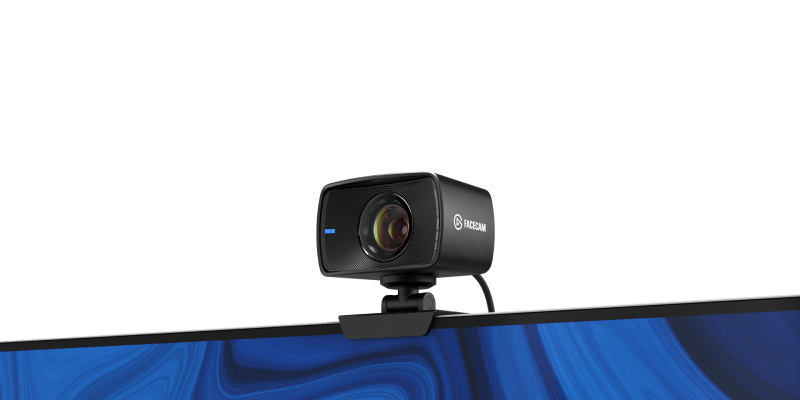 Elgato has long been known as a manufacturer at the top of the list for equipment geared towards content creators. From microphones to capture cards to even foam panels, there’s no peripheral that the company won’t touch. And now, it’s pushing into the camera space with the release of the Elgato Facecam.

The Facecam is Elgato’s first stand-alone camera and is geared towards the enthusiast-level creator. Retailing for $199.99 USD, it boasts a 1080p resolution with 60 fps plus a number of features that Elgato claims will bring your content to the next level. But just how good is this camera, and is it worth the somewhat hefty price?

The Elgato Facecam in review

Right out of the box, you’ll notice there isn’t much to the camera. You get the Facecam, a monitor mount with a ¼” thread, a privacy cap, and a detachable USB-C to USB-A 3.0 cable. All pretty standard stuff.

One of the first things that caught me by surprise was how large the Facecam actually is. Sitting at 3.1” x 1.9” x 2.3”, the camera is a bit bulky for my liking. Thankfully the bulk doesn’t add on any extra weight, as it comes in at just 96g. In fact, it’s actually lighter than my Logitech Brio 4K camera that is less than half the overall size of the Facecam.

How does it look?

Without doing anything but plugging it in, the Elgato Facecam worked great out of the box. The picture was sharp and there was nothing that really needed to be done before putting it into use for testing. To get more out of it, however, the proprietary Camera Hub software comes with a number of settings to toy around with to get the best picture.

In the Camera Hub, you can adjust things like your white balance and exposure compensation. It also doesn’t take up many resources, making it something that can easily be left open while capturing or streaming.

The camera features an all-glass “Elgato Prime Lens” that takes advantage of the Sony STARVIS CMOS sensor which allows for a quality picture in various lighting conditions.

That was one of the first things that needed to be tested, because not every creator will have the same lighting. Some have to deal with both natural and artificial lighting that could cause problems for the camera. With just a few adjustments, it didn’t take long to get the best look for my personal setup using the aforementioned Camera Hub. There’s even an ISO readout available within the hub that helps you understand what adjustments to make to your lighting to improve the quality of your image. It’s a key feature of the software that will come in handy quite often. 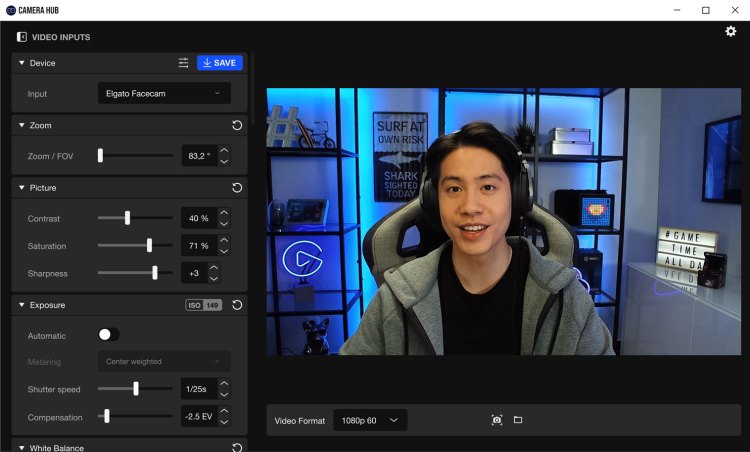 The Camera Hub is a shining spot of the Elgato Facecam (Credit: Elgato).

One of the best things with the camera, however, is that once you fine-tune your settings, you don’t have to worry about them again. The Elgato Facecam includes flash memory that saves the settings directly to the camera.

The camera has a field of view (FOV) up to 82° and stays focused and clear no matter how close or far you zoom. Speaking of focus, Elgato utilized a fixed focus lens that stops focus hunting. I was skeptical about that at first, but I decided to just do some fast motions within the frame, and the camera didn’t lose focus on me once, even though I wished it would cover my ever-balding head.

Elgato says that the built-in heatsink will keep the camera cool, but I found it to get a little bit too warm to the touch. It’s not the biggest problem, because how often are you going to be grabbing your camera while using it? Still, with the heatsink being a selling point, it would be nice for it to remain cool to the touch after just an hour of use.

There’s no built-in microphone, as that would’ve added unnecessary weight to the camera for something not many would utilize. Because, be real, there’s not a single webcam microphone worth using over a standalone mic. 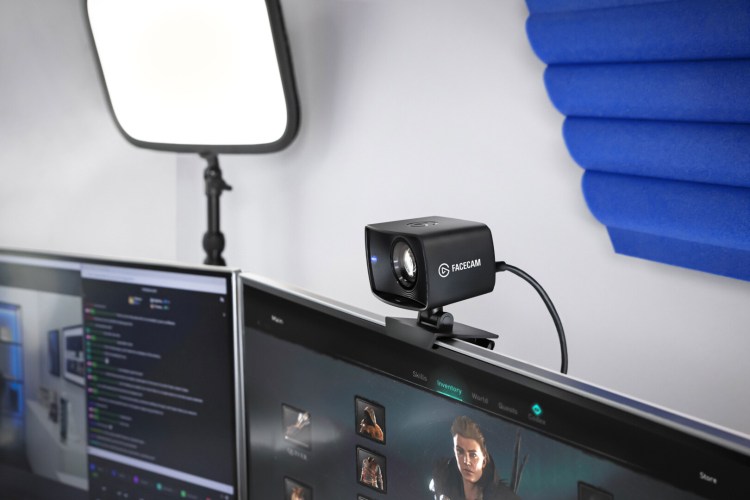 Is the Elgato Facecam worth the investment?

The Elgato Facecam does a lot of things really well. It’s easy to set up right out of the box, and the Camera Hub software makes it simple to get the best picture you can. Of course, the lack of 4K and the $199 USD price tag is going to be a turnoff to those in the market for a new camera.

That said, the overall clarity of the Elgato Facecam can be better than a lot of the 4K cameras available in the same price range, including my Brio 4K which needs heavy help on the lighting side to get it right. That alone gives the Elgato Facecam an edge to those that want a sharp image for their videos with little effort.

If the price doesn’t scare you away and you want an easy way to get clean and clear 1080p, the Elgato Facecam is the camera for you.

The Elgato Facecam may have a steep price tag, but it's better and easier to use than a number of cameras in its price range, making it a worthy entry to the camera market.