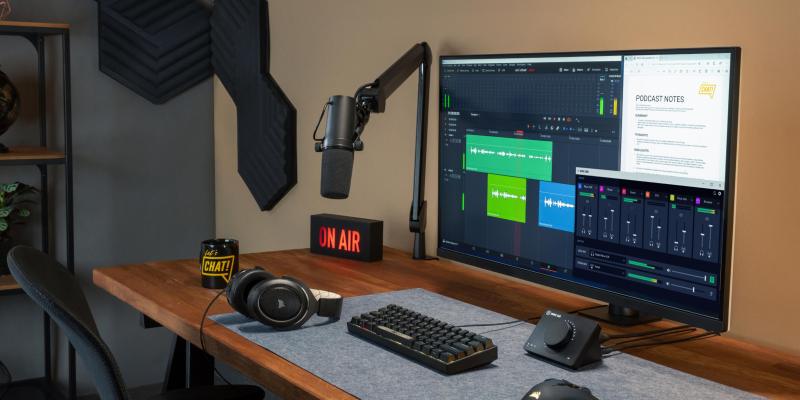 A good boom arm is almost as important to content creators as the microphone itself. After all, if the arm doesn’t support the mic, it’s not going to help improve your setup in any way. Elgato took that belief to heart with the development and release of the Wave Mic Arm. We go hands on with a review unit to see if Elgato has put enough into the Wave Mic Arm to make it the only boom arm content creators need to think of.

To help with either kind of setup, Elgato released two versions of the mic arm: the standard Wave Mic Arm and the Wave Mic Arm LP (Low Profile). I was able to review the standard version, which comes in a bit larger than the LP and different motion ranges.

From box to desk

When you open the Wave Mic Arm, you’ll find the arm itself, a counterweight, various thread adaptors, a riser extension, and an allen wrench for all of your wrenching needs. It’s a pretty straightforward product with extensions that make it the most versatile arm on the market.

Setting it is as easy as attaching the desk clamp where you’d like and then placing the arm in the holder. Depending on your placement, the added riser makes it easy for the Wave Mic Arm to reach right over top of your monitor if that’s how you like it. One thing to note is that if you want the arm to come from under, you’re better off going with the LP version. Just a warning.

Once it’s set on your desk and your mic is attached, you have the option of using the counterweight. What it does is help keep your mic and arm placement where you’d like if the attached mic isn’t heavy enough to do that itself. For example, using my Blue Yeti X lets me move the arm wherever without the weight, and it stays in place. However, once I switched back to my Wave:3 mic, that extra weight was needed to stop the spring-loaded arm from shooting straight up.

Lastly, there is a hidden cable channel to help with the look to make sure you have less wires showing around the mic.

As sturdy as they come

While I’m certainly impressed, I’m not really surprised by the sturdiness of the Elgato Wave Mic Arm. Once it’s set up, it’s there. The mic stays where you want, and it just feels like a real studio-level arm. I’m able to easily adjust the arm up and down or side to side without feeling like it’s going to break.  The best thing is that it incorporates a spring-loaded system rather than a hydraulic system. In my opinion, spring-loaded will always be the best method rather than others for any sort of stand with movement. 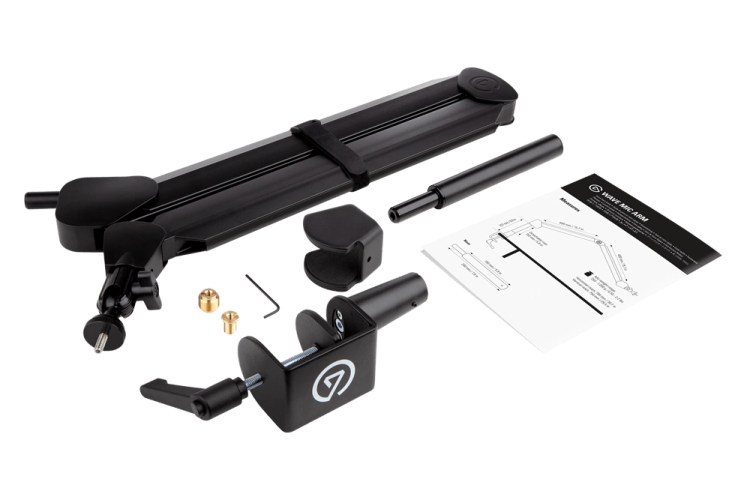 To add to that, it really doesn’t matter the weight or style of mic you attach to it. It offers 360° rotation and doesn’t move around after you place it. That means it stays put. You’ll never get that feeling that it may break and send your expensive mic falling to the floor. Having one less thing to worry about is always a positive.

The Elgato Wave Mic Arm is as versatile a mic arm as you’ll find. No matter the location or position needed, everything you need for a comfortable experience comes ready to go. Setup is a breeze, and you’ll be back to creating in no time.

The $99 USD price is a bit steep to some, but it’s on par with other top-level mic arms available for content creators. It’s a high-quality arm that will serve any purpose, which includes putting a camera on it instead of a microphone.

The Elgato Wave Mic Arm is a versatile mic arm that can be used in almost any position with almost any sort of mic. It has the potential to be the top mic arm available on the market.

By Cameron Woolsey44 seconds ago
Guides

By Mike Straw7 hours ago
Guides