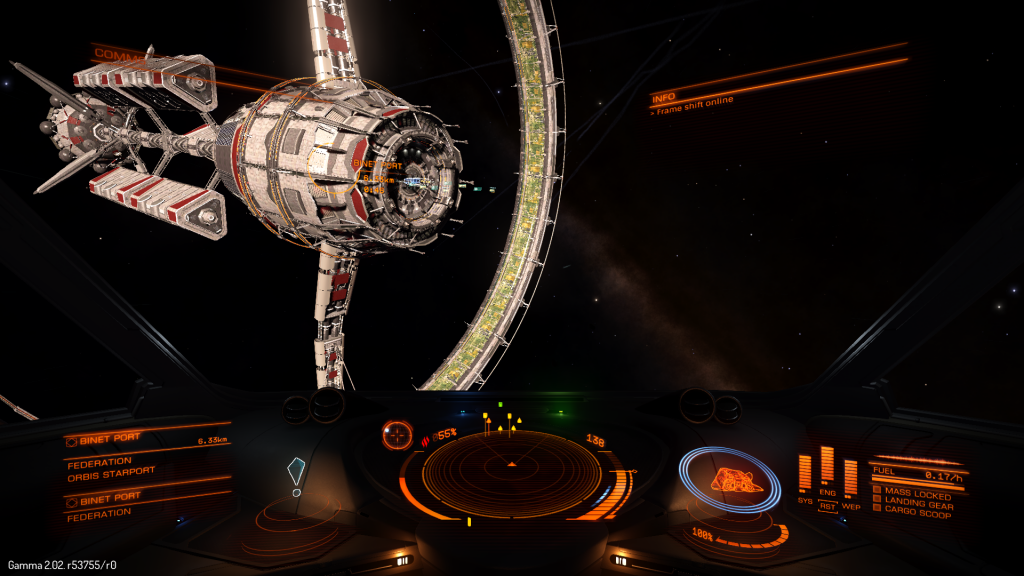 Does this Station have a black market? I don’t know – but maybe with a supported third-party application, I would.

A post from Frontier’s Michael Brookes on the Elite: Dangerous forums is putting out feelers for the kind of third-party applications people would like to see supported.

Specifically, that thread is looking for “the wish list for the types of data people would like to see available from an API available to external apps.”

As far as I can tell, this is an attempt to formalise and make “official” the sorts of third-party tools available for Elite: Dangerous, like various trade route calculators, or search tools to find the nearest available black market trader in the game.

By the sounds of things, Frontier is investigating the prospect of sharing a certain amount of player and game data with third-party program creators, which should remove any guess-work regarding trade values and similar specific numerical details.

Suggestions on the thread so far seem to range from Station and trade information, to the ability to organise friend lists and other general game data. If you have an amazing idea, or a desperate need to see a specific application created, you should probably log in and add it to the thread.

The Detail – Episode One: Where The Dead Lie Review