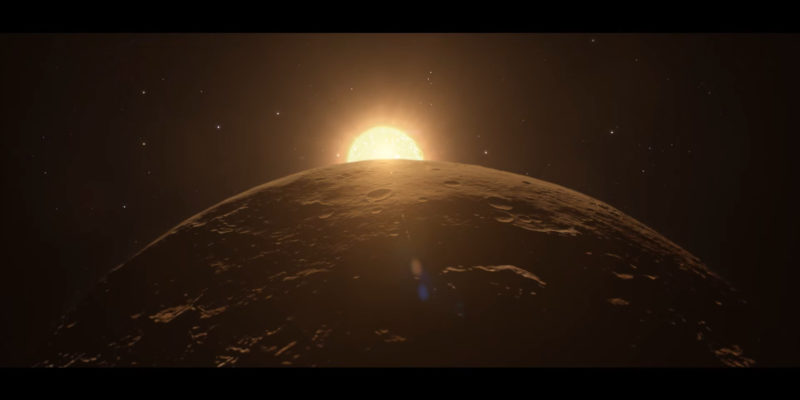 Elite Dangerous is a game that’s stood the test of time, with nearly six years of active development and graphics that look plenty good, even by modern standards. Today, developer Frontier Developments announced that the Elite Dangerous: Horizons expansion for will go free come October 27. The expansion that was formerly a paid experience will be folded into the base game. When that happens, it will introduce all players to ground-based exploration for the first time.

Horizons originally debuted in December of 2015, so it’s big news for players that this content will finally be accessible to all. The base game goes for $29.99 USD, but the addition of Horizons doubles that price to the same as a brand new AAA game. That’s not a price everyone is willing to pay, so to hear that the cost of entry has been essentially slashed in half is noteworthy.

This should draw in plenty of new players that have been curious to check out the space adventure for years, but baulked at the persistent pricing. Elite Dangerous certainly feels like a premium-cost experience at times, but those who enjoy its features haven’t seemed to mind. Now that the game has enjoyed a long lifespan, it’s good to see Frontier open up content to the masses.

Elite Dangerous: Horizons foremost brings ground exploration to the space exploration adventure, but there’s plenty more to it than that. This expansion also adds weapon crafting, ship-launched fighters, and multicrew co-op action. You can also use your SRV Scarab ground vehicle to access the many surface star ports in the game as well as other locations.

Horizons was the first step towards full-on first-person exploration of planets. It’s taken Frontier Developments an additional five years to realize that goal, but the next expansion is nearly ready. Elite Dangerous: Odyssey will arrive in 2021 and vastly change the game, so it makes sense to see Horizons go free. This update should also get players hyped for the adventures to come. If you did purchase Horizons though, the developers haven’t forgotten about you. Everyone that did pay for the expansion will receive a free azure paintjob for their starships. It’s nothing too grand, but still something else to add a little flair to your experience.

Elite Dangerous is available on Steam for $29.99 USD. You can buy it now and the Horizons update will become available for free on October 27. There is also plenty of other content available like that from the recent Fleet Carriers update.

By Sam Robins24 mins ago
News