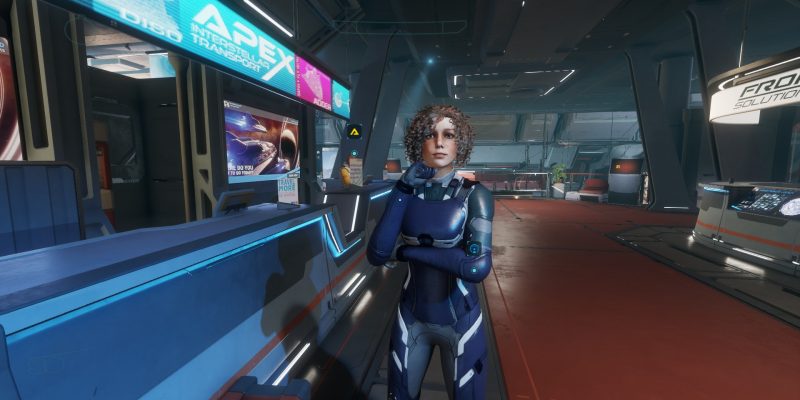 Elite Dangerous has been around for half a decade at this point. It already offers a massive universe with a varied amount of interesting features, but there has never been on-foot content. The upcoming Odyssey expansion will change that, and that starts here with the first phase of its alpha. Anyone can get access to this alpha by pre-ordering the expansion. With that in mind, I have had enough time to put together some Elite: Dangerous Odyssey alpha impressions. As this is a very early alpha, I have been fumbling around and not quite figuring out how to do much of anything.

The Elite Dangerous: Odyssey alpha begins with a detailed character creator. I was tasked with creating a commander that was separate from the one I used in the base game. I assume that I’ll lose this one, and the one from my base game will be integrated at a later date. After your character is done, you’re dropped into a base where you can talk to various people, shop, accept quests, and book shuttles. There’s no tutorial in this alpha, so I was quite lost for some time. Well, I’m still lost, but less so.

Your primary goal here in Odyssey is to make money by completing missions for various folks around the bases. There are NPCs with blue markers above their heads who each have a mission to offer. These are mostly of the combat variety, tasking you with touching down somewhere and blasting some people for a bit. But you can’t just jump into that. You’re going to want a better suit and weapon, as you start out with nothing but a little pistol. Naturally, that stuff isn’t cheap. 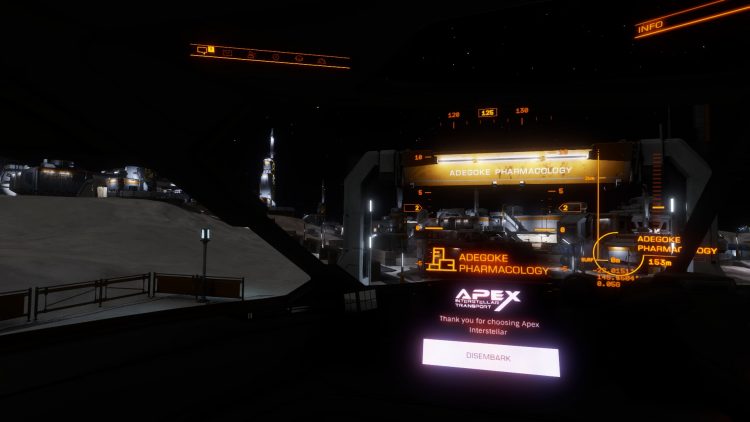 The Elite Dangerous: Odyssey alpha starts you out with 50,000 credits. The suit offering better protection is 150,000, and the guns aren’t much more affordable. To get around this, you’ll need to accept non-combat missions. These task you with going to a settlement and getting some documents — or something similar. Although there are only a handful of missions available in the initial base where you start, there are many nearly identical bases all over. You just book a shuttle to one of them for 100 credits and then board it in the hangar. You won’t have access to a ship in this phase, so taking shuttles is the only way to travel. They’re automated and require you to get in and wait until you reach your destination, which takes several minutes. Fun.

In order to make the necessary cash, I took on a mission that had me going to a pharmaceutical company’s settlement and grabbing documents. Upon landing at the settlement, I had no clue how to find the documents and just wandered around. At one point, I accidentally walked into a restricted area, which meant fines for me and eventually led to an alarm. After a bit, a soldier showed up and shot me to death. To put it bluntly, I’m not off to a good start in the Elite Dangerous: Odyssey alpha. Send help.

Each additional alpha phase will add new features and, eventually, some tutorials that will make things more understandable than they currently are. It’s worth mentioning that the install size for the Odyssey alpha is already more than double the install size for the current version of Elite Dangerous, clocking in at over 50 gigabytes. It’ll be interesting to see how the alpha changes over time, as well as how it integrates with the rest of the game when it’s released. 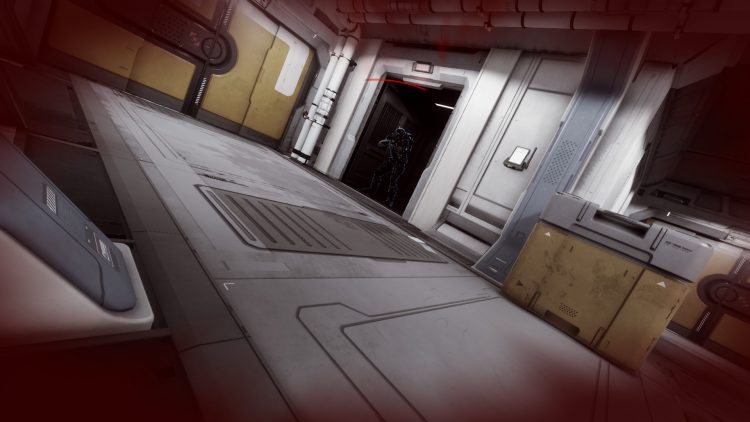 How to unlock the Bombardment killstreak in Warzone