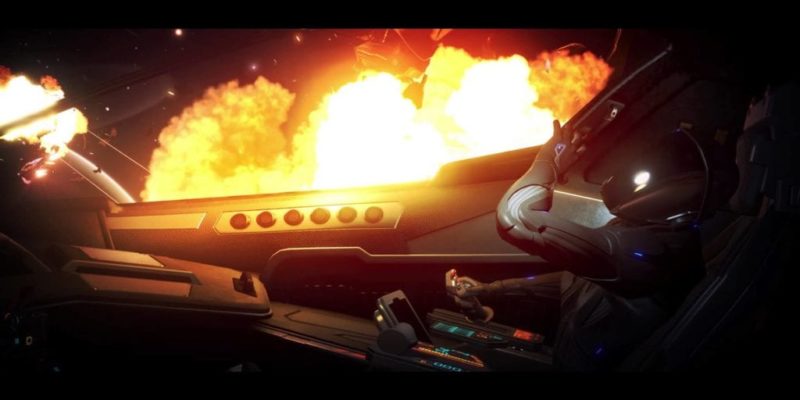 David Braben has made pre-emptive strides to reassure Elite: Dangerous players that today’s announcement of an Xbox One version won’t compromise PC development.

As part of his announcement post over at the Elite: Dangerous forums, Braben says “We’ll be working with an all-new audience, but that doesn’t mean a change in direction for the game, and nor does it mean slowing development on the PC version.”

To back that up, he outlines the PC updates that are planned in the immediate future: “The second of our updates – Wings – is being beta tested by some of you right now, and the third will be coming in the spring, free of charge.”

That third update, described as “major,” is being dubbed “powerplay.” Braben says more about this will be revealed soon.

All players, PC, Mac and Xbox One, will contribute to the galactic states through their actions. This shouldn’t be assumed to be some sort of cross-play situation, though. I don’t personally think we’ll be seeing Xbox One players showing up in PC multiplayer (which is fine, controller vs HOTAS dogfighting is just a little mismatched.)

What it does mean, specifically, is “more players contributing to the wars, power struggles and Community Goals across the galaxy.”

GDC also presented a new Elite: Dangerous trailer. It’s mostly just there as a companion piece to the new platform announcement, but here it is nonetheless.

Valve’s Source 2 Is Free, But You Need To Make Games On Steam