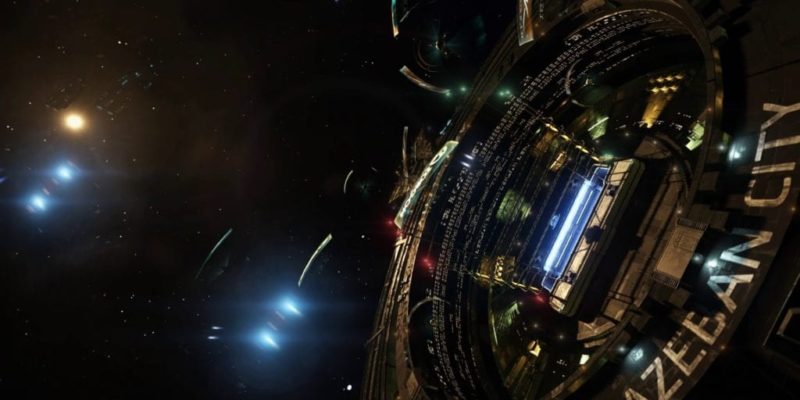 Frontier nail down the pricing for their space epic Elite: Dangerous and reveal pre-order bonuses.

A special pre-order digital pack called the the Mercenary Edition is now available for £35.00 ($50 and 40 Euros) so if you’re going to take the plunge it would a good idea to take advantage of the discount now. Extra bonuses include:

Anyone who backed the game will automatically get the Mercenary Edition with all the extras.

“We are hugely appreciative of everyone who has demonstrated their support for the game by backing it through the early development phase or pre-ordering the game prior to release. Without those people, Elite: Dangerous would not be at the stage it is today. The Mercenary Pack is our way of rewarding them before we release the game.”

Along with the news of the the additional Eagle Fighter, Frontier also confirm that multiple ship ownership will be in the final released game.

You will have noticed that one of the features of the Mercenary Edition pre-order pack is an additional Eagle fighter docked in a secondary location. This is in addition to the standard Sidewinder (or other ship if you have one of the Kickstarter packs).

This is more significant that may at first seem: multiple ship ownership is something many players have asked for, and we can announce that it will be in the released game. You will still control just one ship at a time, but you will be able to keep ships outfitted for a specific purpose in ‘garages’ until you want them.

Any of the larger stations – those larger than outposts – will have such storage facilities, and your ship(s) will be kept safely at that location until you come to get it.

There’s no release date but it still looks be on target for Q4 2014.

Magicka 2 gets a karaoke trailer

By Robert Workman24 mins ago
News