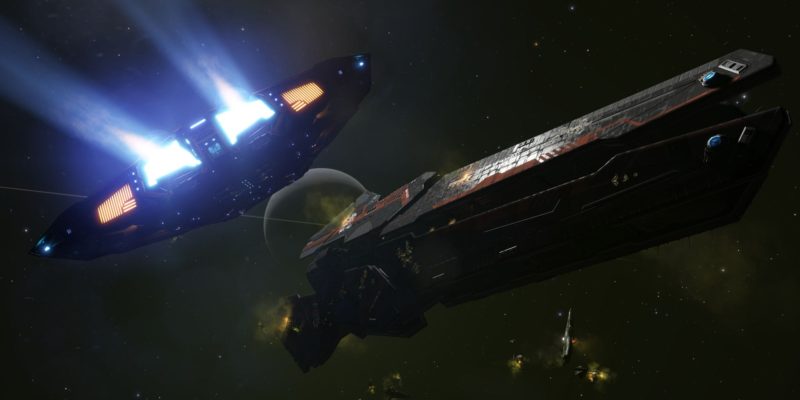 This week’s Elite Dangerous newsletter contains the closed beta launch date for update 2.4 The Return. It’ll begin on 17 August, with access given to those who’ve previously paid for beta privileges.

2.4 is going to be rolling out a bit differently to other Elite Dangerous add-ons, mostly due to the more narrative focus. They don’t want to spoil everything about the incoming Thargoids, so the beta period won’t actually contain any Thargoid-specific stuff. They will appear only at final launch. The closed beta period will run from 17 August for an undisclosed period of time, then shut down for “a few days”, and return again as an open beta.

“We’ll have full instructions on what we need testing in our beta specific forums, but just like the beta for 2.3.10 and as with previous updates, Thargoid specific content will remain a surprise and will not be present in the beta,” the newsletter states. Those who help to test the beta will get a “unique tester’s decal” (details of what that looks like are still to come).

In-keeping with the secretive nature of 2.4 The Return, Frontier also state that there won’t be the regular series of livestreams leading up to release. “We’ll still keep things going with small sneak peeks here and there, but largely we really want you to discover 2.4’s secrets for yourself,” they write. After 2.4’s release the livestreams will return.