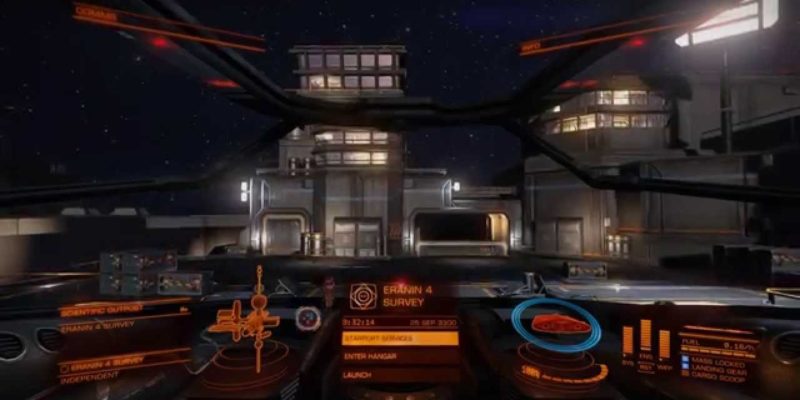 He’s either exploring new worlds, or just cruising over Earth.

As announced a few days back, Beta 2 for Elite: Dangerous will begin on 30 September next week. Have a read of that linked news story for a full run-down of features to be added and included in that second Beta phase.

The short version is: ratings and rankings, outposts, an exploration system, 500 new star systems, more upgrade options for your ships, more ships in general, additional weaponry, Occelus starports and a whole bunch more besides. Including 4K resolution and SLI support.

As a bit of a further tease for the Elite: Dangerous Beta 2, Frontier Developments have released some new screenshots and a brand new video of the second beta in action. It features a pair of docking procedures; the first of which is at one of the new Occelus starports, and a second that demonstrates just how exposed your ship will be when you dock at an outpost.

Looks like you’ll want to conduct your business fairly swiftly at the far-flung outposts, because it’s a bit like leaving your fancy new car in the middle of a field with all the doors unlocked and a big sign on it saying “please take me and/or blow me up.”

The video follows below, and there’s a screenshot gallery after that.