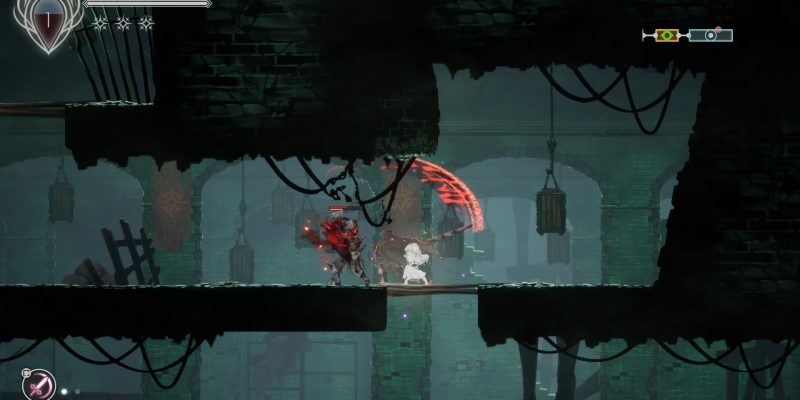 Ah, Metroid-likes with Dark Souls sensibilities. They’ve become ever more common in recent years, and it’s not hard to see why. Due to the success of games like Hollow Knight, it’s clear that when these games work, they can work extremely well. Ender Lilies, which enters Early Access on January 21, is a lovely game with some enjoyable ideas. It currently has three of its eight areas completed, with the others to follow in the months ahead. It has a long way to go, but the question stands: is it worth it?

Ender Lilies begins with a child priestess named Lily which is awoken by the spirit of a blighted knight. She doesn’t have her memories, because… amnesia is a common plot device. She’ll need to piece things together from the memories of others and notes found on the ground. The kingdom surrounding her has, wait let me get out my Dark Souls checklist. There we are. Fallen to ruin. Check. And normal people are being corrupted until they’re nothing but destructive husks. Check. Only Lily can hope to stand against the blight and make her way through the blighted land. Check.

Regardless of the familiarity, Ender Lilies does have a semi-unique mechanic that differentiates it. I say “semi,” because it’s basically the same as the one from Oninaki, but we’ve all collectively removed that game from our memories, haven’t we? “What game?” you ask. Good. I’m glad we’re on the same page. After fighting mini-bosses based on the normal enemies and regular bosses, Lily can purify them. This shows her their memories and brings the spirit over to her side, allowing her to use them as weapons. She starts the game with the ability to call for aid from the knight, which features a standard sword attack, but soon gains access to many other spirits. Those include a bird familiar, mages that show up to take some quick shots, and summonable slugs to name a few. 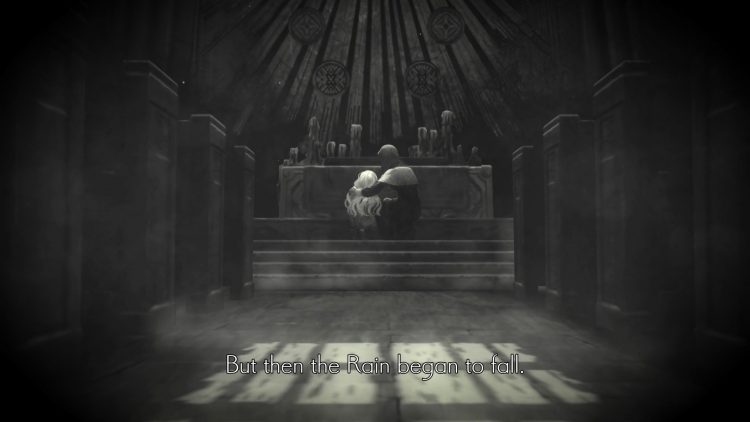 As such, Lily doesn’t fight with her own two hands. And only two of the basic melee spirits can fight indefinitely. Everything else needs to be recharged. She’ll also learn abilities from defeating foes, but these are the standard genre moves. The abilities currently in the Early Access version of Ender Lilies include a double jump, a ground slam that breaks certain types of floors, and underwater movement. These all work fine and can be used to find other goodies, namely items that increase Lily’s health, equippable relics, and items that enhance your spirits.

This all sounds fine, but the truth is that the game is solid, yet typical. The combat is competent, but is kind of boring and a bit stiff. There’s no weight to anything whatsoever. The level design is similar. Although the art direction is killer and the levels themselves look great, the layouts are uninteresting and fairly perfunctory. Everything gets the job done, but Ender Lilies isn’t going to inspire much passion. The areas are typical of the genre too. Expect some catacombs, a ruined village, and a mostly submerged area to fill out the current locations.

The boss fights are okay, though mostly easy, save for the third one. The third main fight is against an enemy that’s annoyingly tanky and requires you to learn the ins and outs of their move set. That wouldn’t be much of a problem if the boss was actually fun to fight in the first place. Currently, Ender Lilies will take most players around three hours until the game tells you that you’ve run out of content. I really hope saves aren’t wiped, as I don’t want to do this part of the game again. As for if it’s worth it? I don’t honestly think so. You could do a lot worse, obviously, but the game is rather middle of the road. But it might be worth picking up when it’s done. 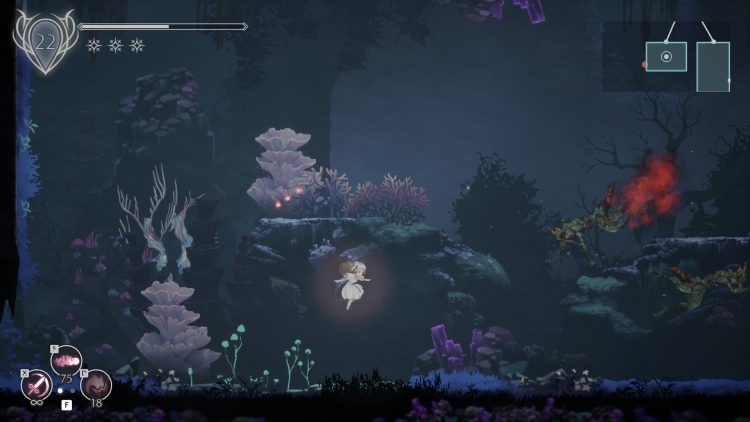