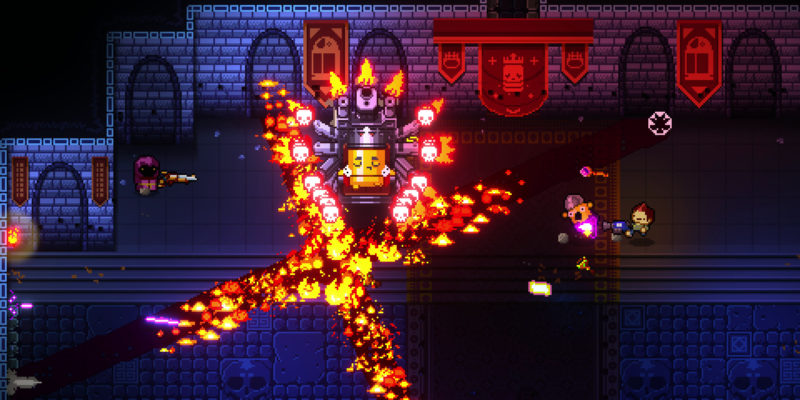 Nothing sings sweeter to the wallet than free stuff, and Epic recognized that when it launched its store platform in late 2018. Now, nearly two years later, the once-hated Epic Games store has awarded gamers with a diverse and impressive collection of free games. This week is no exception, as Devolver Digital’s Enter the Gungeon and Techland’s God’s Trigger are on offer. You have until August 27 at 11 AM ET to claim these Epic Store free games, so don’t delay.

First up for this week’s Epic Store free games is Enter the Gungeon by developer Dodge Roll. This offer may sound familiar, because it was featured free last year too, so if you missed out then, why not give it a try now? It’s a bullet-obsessed dungeon crawler that sends you on a quest for a legendary treasure. You take on the roll of a Gungeoneer and face down hordes of cultists committed to guarding their secret. The ultimate reward is a gun that can “kill the past.” What you do with it is up to you, but it will certainly make Kylo Ren jealous.

Jokes aside, Enter the Gungeon offers a blend of hand-designed rooms within procedurally-generated levels. You can shoot, loot, roll, and apparently flip tables in your quest for success. The game also responds dynamically to play-styles and will test you in new ways as you overcome challenges. The game released back in 2016, but its art style is timeless. Enter the Gungeon is also one of Devolver Digital’s most successful published games of all time. It received substantial praise from critics and players alike for its balanced gameplay and enjoyable mechanics. The game even includes a free expansion called A Farewell to Arms now.

Reload and get back into the action

The second of this week’s Epic Store free games is God’s Trigger by developer One More Level. In it, you ”slay enemies with speed and precision in an over-the-top show of blood and explosions.” Sounds like a good way to blow off some stress, and quite a few digital heads. In fact, this is a very bloody game and the developer doesn’t shy away from the fact. Your mission is to clear rooms as quickly and brutally as possible. The game offers players a suite of weapons and melee attacks, freely-selectable special abilities and environmental hazards to do so. Cooperative play is also encouraged, though you may find yourself feeling rather competitive, considering how satisfying kills are. God’s Trigger received mixed reviews, but most players found it enjoyable enough. For the price of nothing though, there’s no reason not to check this game out. 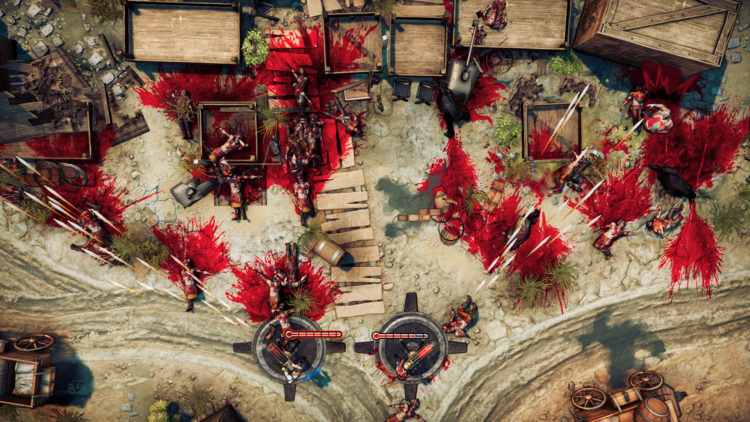 That’s a lot of spaghetti sauce.

Next week is looking like a great lineup for Epic Store free games, too. IO Interactive’s 2016 Hitman entry and the Shadowrun Collection will cycle in on August 27 at 11 AM ET. Both of these games sold incredibly well and are beloved by fans, so you will want to check them out if you never had the chance before. As always, we will remind you when they become free.

Robo Quest Early Access impressions – Is this rogue-lite FPS worth it?