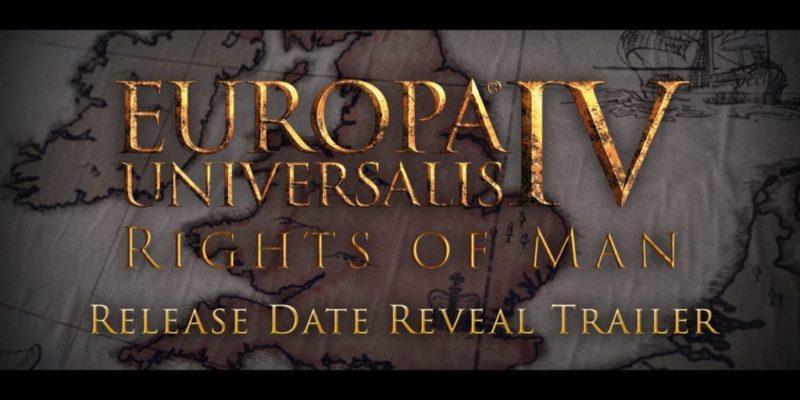 A new trailer for the upcoming Europa Universalis IV Rights of Man DLC reveals the release date to be 11 October. This latest addition to Paradox’s grand strategy title adds concepts such as ‘Great Powers’, allowing players to further influence the world through threats and diplomacy.

Nations who wield the title of Great Power will be able to step in to end wars, bully other countries into doing their bidding, or adopt a more friendly stance; coercing nations with the carrot, rather than stick. Rights of Man will also add rule traits and personalities to Europa Universalis IV. These provide various buffs and penalties to each of the world’s leaders.

Paradox will be running a livestream focusing on the features coming in the Rights of Man DLC, on Wednesday 31 August. That’ll be at 16.00 CEST (7.00 Pacific US, 15.00 in the UK), on Paradox’s Twitch channel.