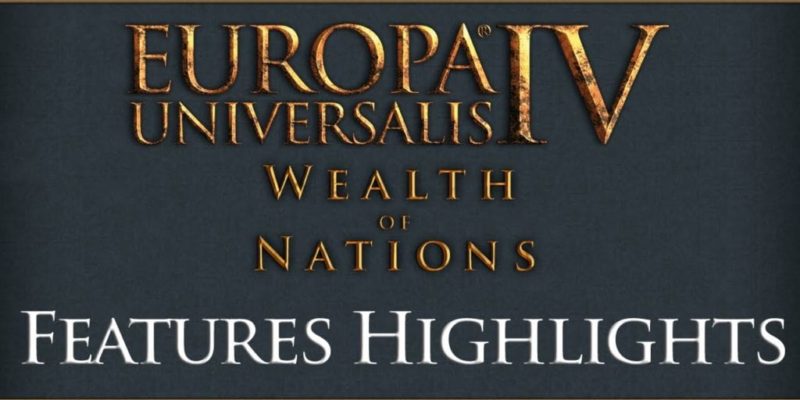 Doge you want me baby?

Prepare to be showered with gold and possible trade tariffs as Europa Universalis IV gets a ‘Wealth of Nations’ DLC expansion on 29 May. This is the second major expansion for EUIV after Conquest of Paradise and adds features to that most confusing of areas; trade.

Diplomatic options will be expanded to allow you to perform covert actions against rival nations to mess up their trade. If you prefer to be more brash about it, privateer vessels can be sent to harass trade routes directly. Doing this will give rival nations just cause to declare war upon you though, so weigh up the benefits before trying that.

Inland trading nodes will be improved with increased merchant bonuses, and it’ll be possible to designate a port city as a trade capital for your nation. Wealth of Nations will let you establish East India Companies in faraway provinces too.

There are further features planned for the DLC, which you can see in the video below (highlights from a longer Paradox live-stream.) It looks like the rivals system is getting reworked, and religious fervor can be used to drive various aspects of your economy, to name just a couple of the discussed changes.

Wealth of Nations is, of course, available to pre-order for $10.00 USD. Not sure what Adam Smith would make of the videogame industry’s obsession with pre-orders and customers who purchase items sight-unseen, but there you go.