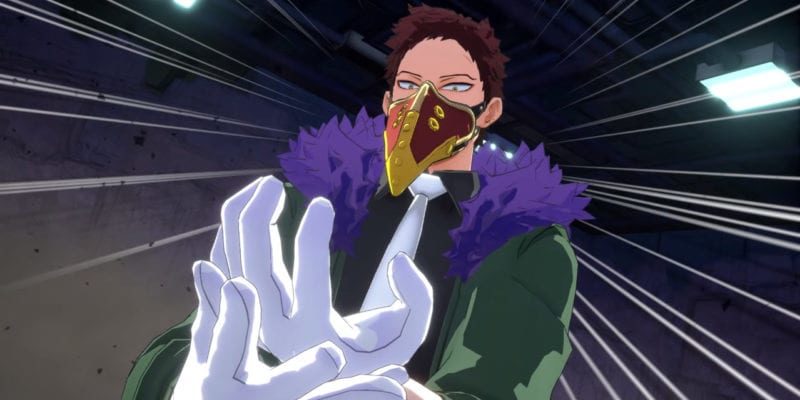 Following on from the story trailer released in mid-February, Bandai Namco Entertainment has released another trailer for its over-the-top anime fighting game, My Hero One’s Justice 2. Over the top is certainly the appropriate descriptor for the often bizarre villains that are the focus of the latest trailer. You can check out Kai Chisaki, Tomura Shigaraki, Twice, Mr. Compress, Kendo Rappa, and the extra villainous Kai Chisaki Ver. 2 showing off their Quirks (special abilities) in the trailer below.

The villains of My Hero One’s Justice 2

My Hero One’s Justice 2 mainly pulls its characters and story from the anime’s Shie Hassaikai story arc. Shie Hassaikai is a Yakuza organization led by Kai Chisaki (also known as Overhaul). He’s an incredibly powerful character capable of reforming anything around him, including terrain and other characters, a worthy archvillain.

Overhaul gets even more formidable when he fuses to become Kai Chisaki Ver. 2. He gains extra arms and access to multiple Quirks.

Tomura Shigaraki is the leader of the League of Villains. He possesses a Quirk called Decay, which allows him to turn anything he touches to dust. As you can see from the My Hero One’s Justice 2 villain trailer, he’s quite insane.

Twice is a dramatic character who suffers from a split personality. His Quirk, Double, lets him create a duplicate of anything. In the trailer we see him using his Quirk to duplicate his opponent. Although the Quirk is called Double, Twice can create two duplicates at a time.

The unimaginatively named Mr. Compress possesses the ability to compress anything, including people. He compresses things into small marble-like spheres, making him excellent at abducting people. As you can tell from the trailer, he’s a bit of a showman.

The last villain on today’s list is Kendo Rappa. This brawler turned gangster is incredibly strong and uses his Strongarm Quirk to quickly beatdown his opponents. Strongarm allows Kendo Rappa to rotate his arms super fast and rain a hail of punches on anyone who tries to stand in his way.