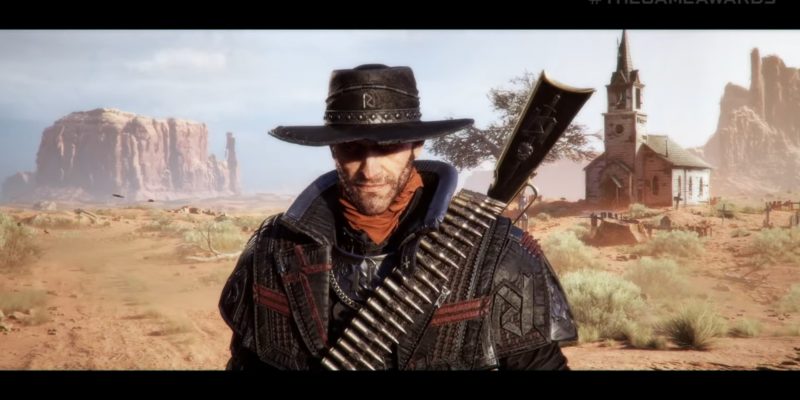 There are certain tropes that, no matter how often they get regurgitated, stay appealing. There aren’t a ton of Western games but, when there are, they’re not typically totally stupid. There also aren’t that many games about vampire hunters, although those are typically totally stupid. Evil West, a new game from Shadow Warrior and Hard Reset developer Flying Wild Hog (which is a team and not a literal wild hog that flies), sets to meld the two things into one ridiculous game. And we got to see a trailer for it tonight during The Game Awards.

In the Old West, there’s an institute known for hunting vampires but it has seen its ranks decimated from years of hunting vampires. Now there are just a couple of agents remaining and it’s going to up to you and a friend to probably dismember the vampiric hordes in grisly fashion. Evil West puts you in the shoes of a vampire-hunting cowboy that is almost definitely not a cowboy. But he’s got a hat and duster. He’ll use a combination of guns, a weird blade on his arm, and his dashing good looks to put the undead back into the ground for good. Or for the first time. I don’t know how these vampires operate.

From demons to vampires

Evil West is set to include a narrative-focused campaign and co-op, so you’ll be able to take part in a story while also taking things online. You’ll also have access to a set of perks that can be upgraded over time, which I’m sure will be flashy and ridiculous. Honestly, this just sounds like Shadow Warrior but with cowboys and vampires instead of Chinese stereotypes and demons. I’m pretty okay with that.

There’s even a trailer if you want to watch a pre-rendered scene of a hunter blast vamps to bits with his guns and stabbaratuses. That’s a stabbing apparatus, in case that’s not clear. But it should be, Darren.

By Michael Feghali2 mins ago
Hardware