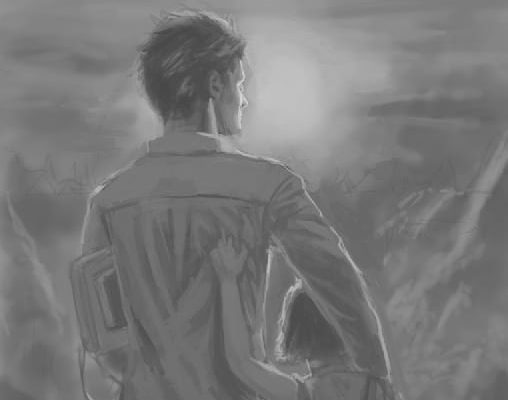 We initially reported the launch of Tyler Clark’s Kickstarter for The Technician early this month. Since then, the game has raised $ 835 of its $ 1000 goal and is this close to getting fully funded. We spoke with Tyler about his project to get some more insight on this amazing one-man project.

Why did you make this game?

I made the game because I was tired of working two jobs, going to college, and not seeing any results. So I wanted to do something that was fun, interactive, & lets me show what I’ve learned so far.

Are you really making this game completely on your own?

I’m making the game alone at the moment, but I’ve had a few friends who’ve supported me immensely through this.

Would you be open to the idea of taking on help from another dev, creatives, or maybe even a game publisher?

Yes, yes, and more yes. I live in the northwestern part of Connecticut where things like technology and programming aren’t really spoken of. I initially wanted to build a small team of designers and programmers, but it’s really hard to find people who are interested in technology around here.

How would you pitch this game to a younger player, who didn’t grow up in the 16-bit era this game derives inspiration from?

One of the main selling points is you actually learn how to program languages like HTML and Javascript! Also, the game puts the player into the life of an ordinary and connectable character who is put in an extraordinary situation.

I see that you snuck in a real life drug into the game demo (methylpenidate, commonly known by the brand Ritalin). Are you planning to sneak in a lot of references to medicine, chemicals, and other adult stuff in the full game as well? Is this simply meant to give the game a sense of verisimilitude, or is there a deeper motivation behind it?

Realism is extremely important in the game. I want the player to become immersed in the game because of how connectable it is to the real world and how little they have to learn about this new setting. Putting things like Ritalin into the demo was something I added to express that the smallest details are what make the story, and the game.

While crowdfunding has ended up receiving broad acceptance from a large number of the gaming community, there’s been a lot of skepticism surrounding it as well. In particular, this is because it’s been slowly coming to light that many crowdfund efforts are not delivering on their end products and goals on time. What do you have planned to prove to backers that they’ll get what they paid for in five months’ time?

We have a website, www.technicianquest.webs.com, where we host weekly surveys on which features that should be implemented into the game, also a developer’s blog that’s updated every couple of days. Along with all that, on May 1st, we’re having a really cool event on the site, which I can’t say too much about right now, but it’s going to be awesome! But for all of those who are supporting The Technician, they’re constantly updated and won’t be let down.

With the push for more cinematic games nowadays, more and more games have been pushing their storytelling components further than its gameplay components. How do you intend to balance out the ratio between story and gameplay for the Technician?

I’m spending about 60% of my time working on the story/quests, and about 40% on gameplay and functionality. Finding the balance between “Action” & “Adventure” can be difficult. Studying the history of game creation and having people play-test the current builds of the game really helps.

I did like the way the puzzle was laid out in the demo. Will all the puzzles give you some leeway to figure things out on your own? Are they going to generally be this intuitive, or is this just a starter feel for some truly difficult puzzles to come later?

One thing I’ve always disliked about games was how puzzles start at a pretty simple level, and increasingly get harder throughout the game. The goal is to create an open world that the player can explore and find puzzles of varying difficulties.

Being intuitive is extremely important, the goal is to have the player explore the world in what way they think is correct, and have the story & puzzles unfold organically.

While I was playing the demo, I felt that there was a constant feeling of something deeper lurking in the surface. We already know this is part of the pitch, but how dark does the story get, exactly? This game is not going to have a happy ending, is it?

I’m so happy people picked up on that! The story at points will get extremely gruesome and sad. But it’s balanced out by moments of pure serenity that can be found in places like Cobbletown, where the player is a part of a snowman making competition with the kids of the town. As far as the ending, I guess you’ll just have to stick around and find out!

I like the idea of the ‘Right Place, Right Time’ system, but it would seem time based events can be a problem for time constrained gamers. Are you designing the game with this in account? Is there a way for you to fiddle with the game clock, or is there some other way you have figured out to make this easier?

The R.P.R.T mechanic is something that’s still in production. Tweaking the clock won’t be possible, in order to stop exploitation purposes. Time constrained players will probably enjoy this mechanic the most because they’ll have a truly individual experience, which will increase replay value. Players who have time will be able to learn how the mechanic works and possibly use it as an advantage.

Finally, what do you think of the Wii U as a gaming platform, and how would you feel about porting the Technician to that system?

The Wii U would be amazing to port! An opportunity like that would open up quite a few doors for The Technician. But at this point, our main focus is to have PC, Mac, Linux support, along with all mobile devices (sic).

And there you have it! If you’d like to help us and Tyler make his vision a reality, please pitch in for The Technician here. Given the project’s scope, I seriously doubt project delivery is going to be an issue with this one. More importantly, you’ll be encouraging a budding new developer to make more games, and for not that much at all. We’ll make sure to keep you up to date with the latest news on this project.