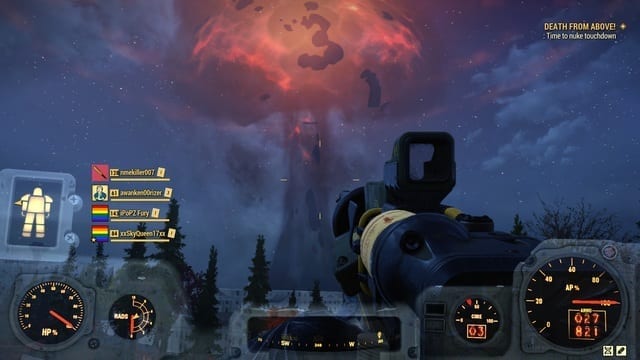 Dave Snead wrote back and told us that another player called Will Polk managed to get in touch with iPoPZ Fury. He confirmed that “Pops,” as he’s known in the Fallout 76 community, had two heart attacks, among other chest problems, and that he’s partially paralyzed because of it. “Some days are better than others,” but he’s alive. When “Pops” heard about the post on the Facebook group, it made him so happy he almost cried. It helped restore his faith in people and in the gaming/Fallout 76 community.

There are more elderly gamers today than ever before. Many of us have seen that great Gameumentary about Shirley Curry, better known as Skyrim Grandma (you can subscribe to her YouTube channel here). There’s even a Counter-Strike esports team called the Silver Snipers, where all members are over 60. So it’s not surprising to read a story like this one that took place on Fallout 76. Facebook user Dave Snead shared it on the Facebook group Everything Fallout (it’s a closed group, but you can join it after answering some questions). 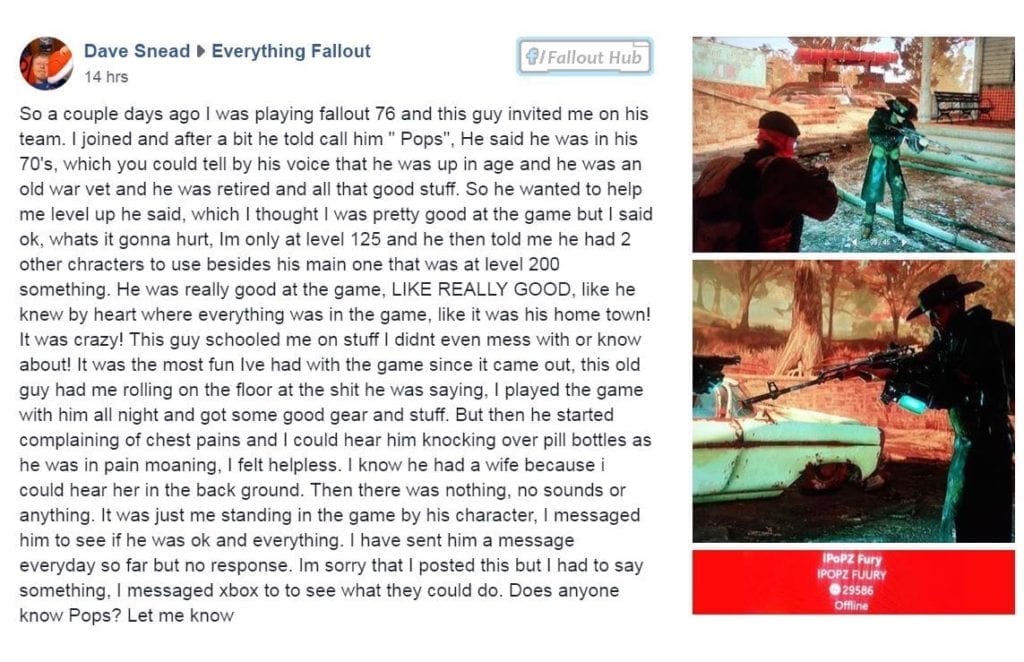 After doing a bit of research, we managed to find an Xbox profile for user “iPoPZ Fury” archived on Exophase. And if you look closely, you’ll see that the last screenshots posted by this user are actually of Fallout 76, from exactly 7 days ago. So, it seems the story checks out on that end. The man’s wife would most likely not care about or not be able to reply to Dave Snead’s messages on Xbox, so it’s not surprising that he hasn’t heard from the user since then. We’ve reached out to Dave Snead over Facebook and will update this story if he replies.

There are many such stories of strangers bonding over a game and overcoming the distance between them, both physical and mental. One of the most memorable stories I’ve read over the years was about a Heavy player and a Medic player on Team Fortress 2. 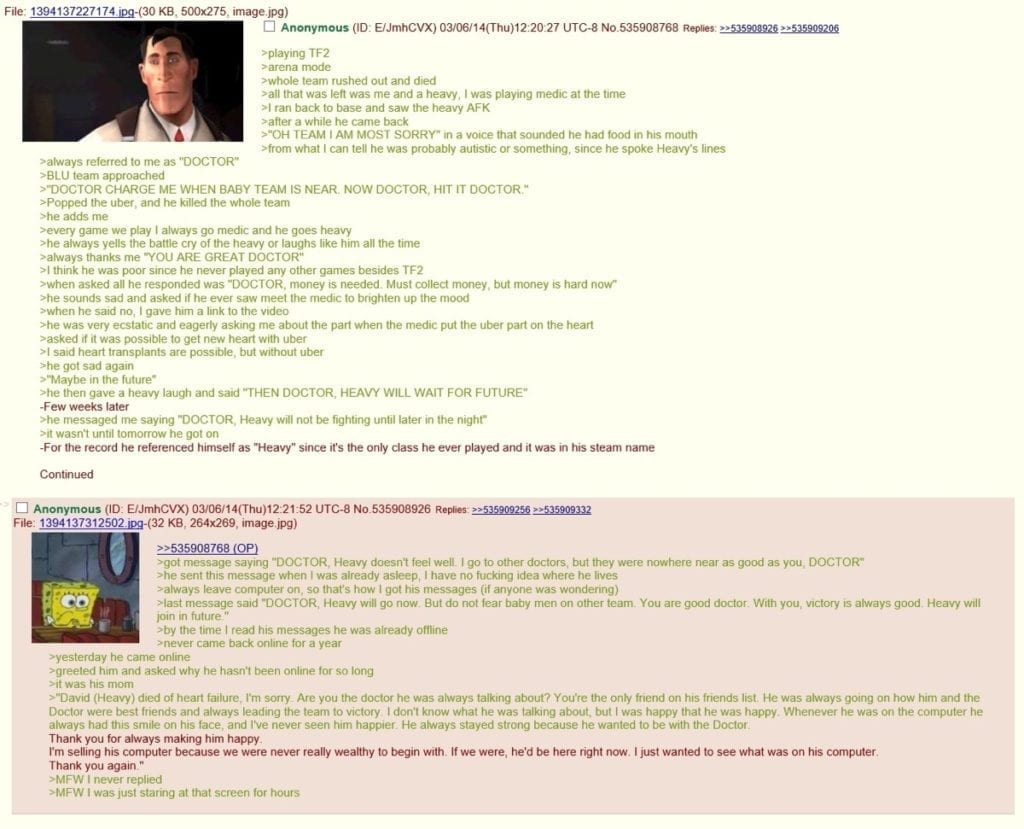 Of course, there’s always a possibility that this story is made up, but either way, it rings true. Most gamers these days will agree that online gaming can often be stressful and toxic. However, there are also many people out there just looking to have fun and make friends. Many of these people are also terribly lonely and struggling with illness, either mental or physical. It’s heartwarming to see such stories between young and elderly gamers, or between neurotypical and neurodivergent gamers.

If you have any information about iPoPZ Fury that might help identify him or confirm his health status, we would appreciate it. Drop your comments below, or feel free to contact our staff directly over email. We will update this article if more information becomes available.

By Daniel Pinheiro28 seconds ago
News