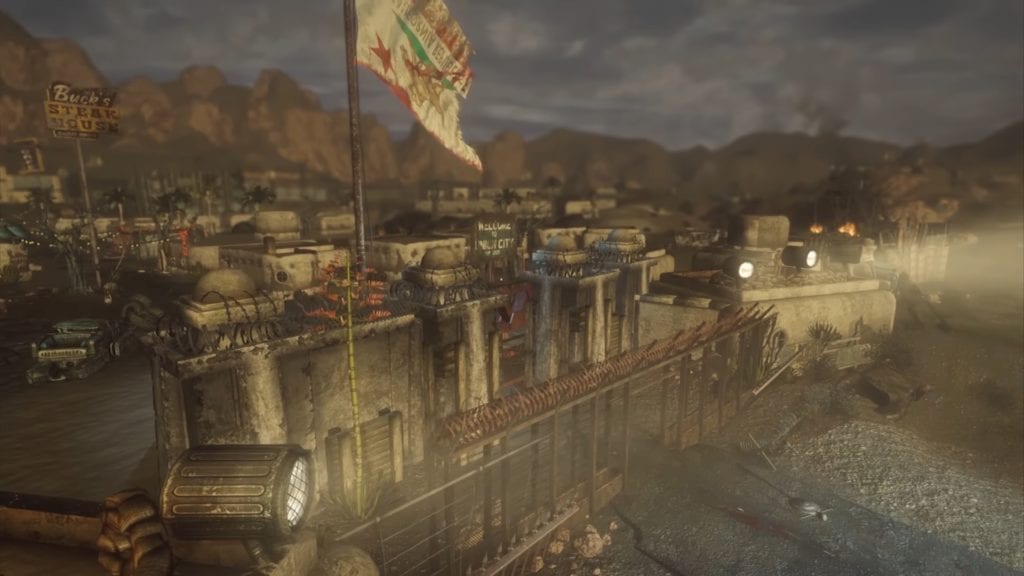 As I’m sure you can surmise, New California is a massive mod. Coming in at four gigabytes, the mod adds a fully voiced campaign, a new main quest with side quests and lore, a new radio station, and more. The game takes place in the Black Bear Mountain National Forest. We don’t know for certain how the size compares to New Vegas. But looking at the currently available map, I’d say there is a lot of roaming to be had. 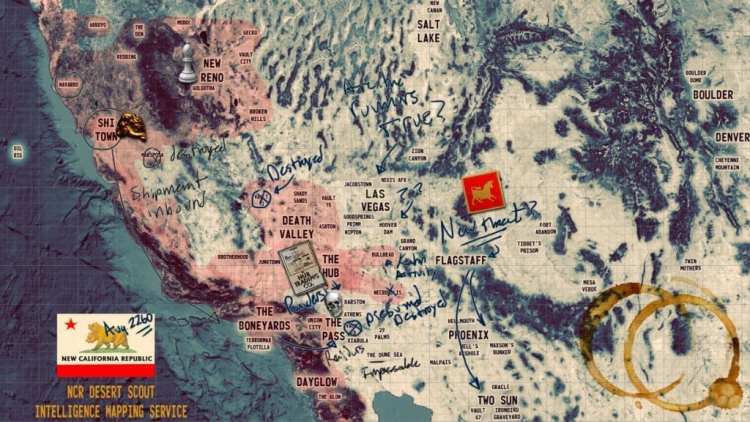 The release announcement came with a lengthy narrative trailer. In it, we get a glimpse of the people currently trying to eke out a living while factions fight for control. As per the description found at Nexus, the video itself offers examples of some of the voice acting. And I have to say, the level of quality is impressive. This isn’t a group of people using desktop mics; the developer of New California pulled no punches on the quality. Some of those squished hamster faces, though…

We also get an idea of the mod’s environment. Being from California myself, I wasn’t surprised to see arid deserts stretching into the horizon. Indeed, while there should be plenty of flora-rich areas to explore, you should expect plenty of sand to crawl over. Hopefully you don’t hate sand, but I wouldn’t blame you otherwise. It’s coarse and gets everywhere, as they say.

You can almost feel the heat. Credit: Nexus.

“In Fallout: New California you play as the kid from Vault 18. Orphan. Loner. Mutant,” writes developer Radian Helix Media at Nexus. “On the last big night of the Vault Ball season in 2260, you make a fateful decision that will change the course of your life — and eventually the future of the New California Republic.”

The mod is set in the year 2260 during a bloody faction war. The Survivalist Raiders, who believe they have claim over the lands, view governments as threats and will do whatever they can to avoid bowing down to authority. On the other side is the New California Republic led by General Silverman, which is in a bid for expansion and power. You, as the player, find yourself hurled into the midst of the struggle. It’s up to you to find the means to survive this new war. 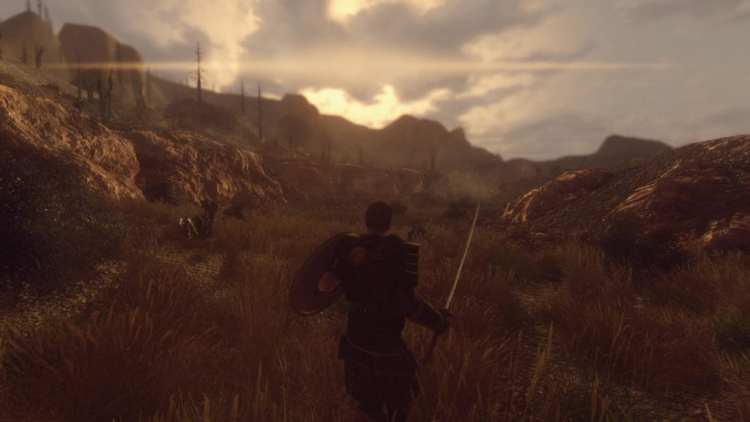 The mod sounds promising, and I’m certain many New Vegas owners would love to have the excuse to jump back into one of their favorite Fallout games. Hopefully, Bethesda reacts to the mod positively. I’d hate to see all this hard work taken down by an unapologetic cease and desist order. If you want to check out the mod yourself, head over to the Nexus website. The developer has detailed descriptions on how to download the mod and get it running.

Now, if only someone can make an In-N-Out mod, I’d be set.

Destiny 3 Could Be More RPG Focused and Intense (Rumor)