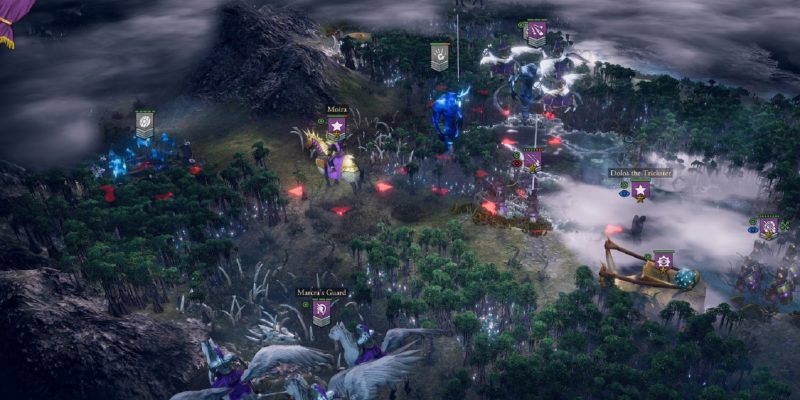 Fantasy General II initially only had one faction throughout the lengthy Onslaught campaign. Now with Fantasy General II‘s new Empire Aflame DLC, you can follow the journey of Moira, a transmuter who leads the Empire’s armies. Here’s our guide to help you out with these new leaders, units, and other mechanics found in Empire Aflame.

Before we discuss the characters in Fantasy General II: Empire Aflame, let’s talk about the units first. By default, you’re able to recruit three kinds of Empire units: Spearmen, Peltasts, and Hunters. 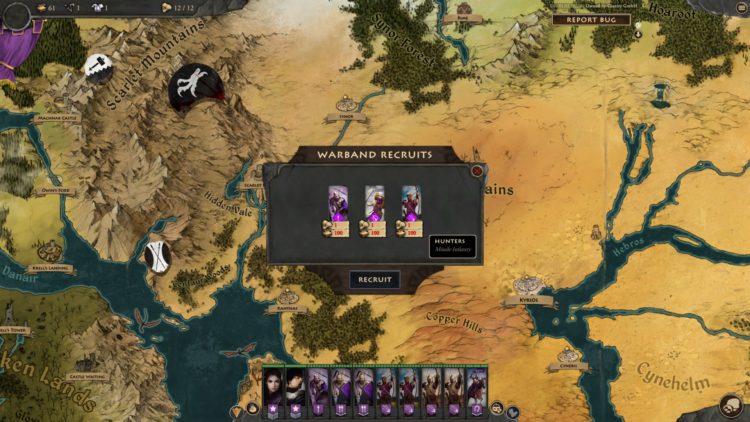 All three basic units can be upgraded to the next tier (Bowmen, Legionnaires, Border Riders, and Acolytes). However, specific paths will lock you out of other options.

You can see the upgrade tree below: 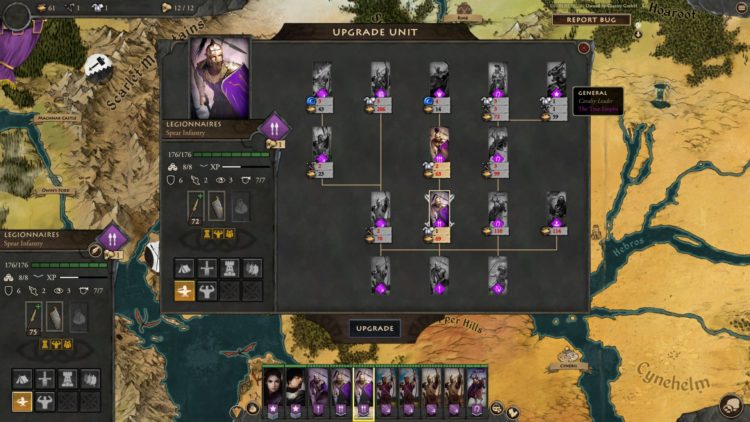 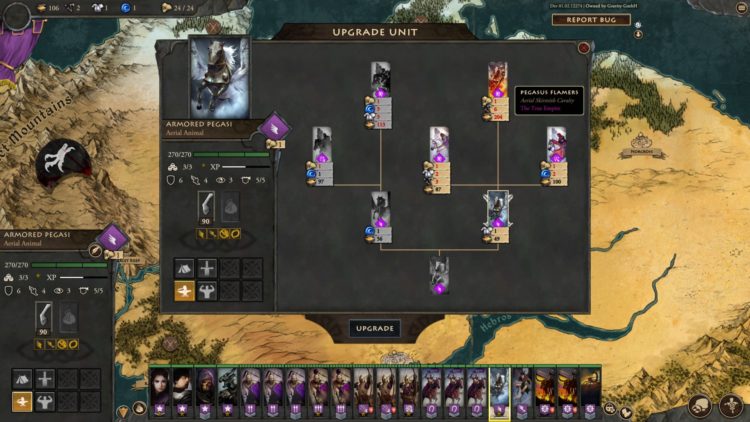 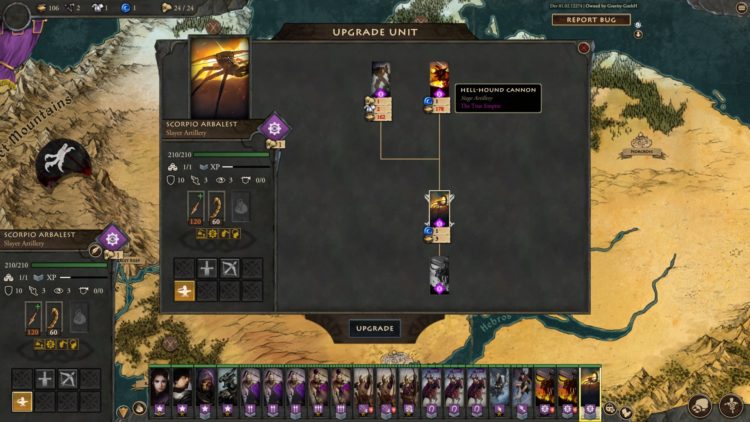 To speed up your campaign’s progress in Fantasy General II: Empire Aflame, you’ll also find vendors that sell resources. You can spend gold to obtain weapons, armor, and supplies. Likewise, you may exchange these resources for gold.

Note: Vendors are made available after you complete certain missions. Some may also disappear depending on how the story progresses. 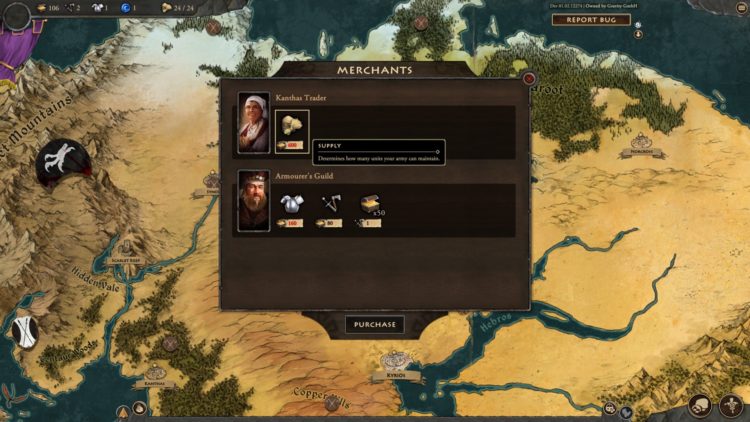 Additionally, if you click on the inventory icon, you’ll spot several items that can be transmuted into other resources such as gold or liquid mana. 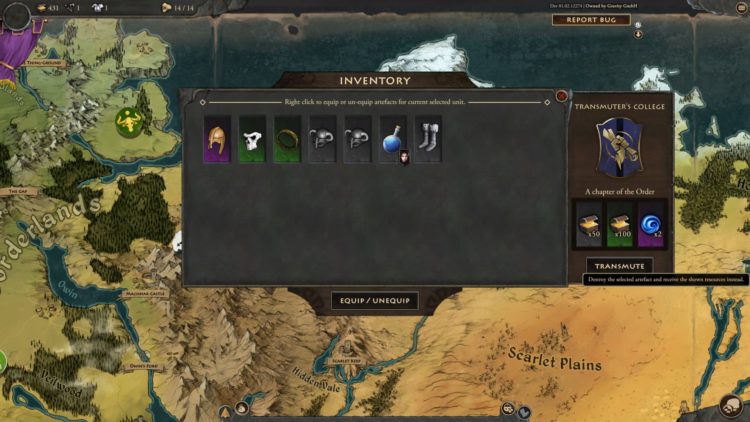 In Fantasy General II: Empire Aflame, you have the Training Grounds feature. This lets you select specific units so they can be leveled-up or given boosts — many come from your own characters who will act as trainers.

You can see some examples below:

The Transmuter’s Pact trait is actually one of the most useful ones to have in Fantasy General II: Empire Aflame. If you have the extra gold, use it on any cheap recruit that might get clobbered and killed during a battle. This lets you earn a whopping 12 mana that can be used immediately. 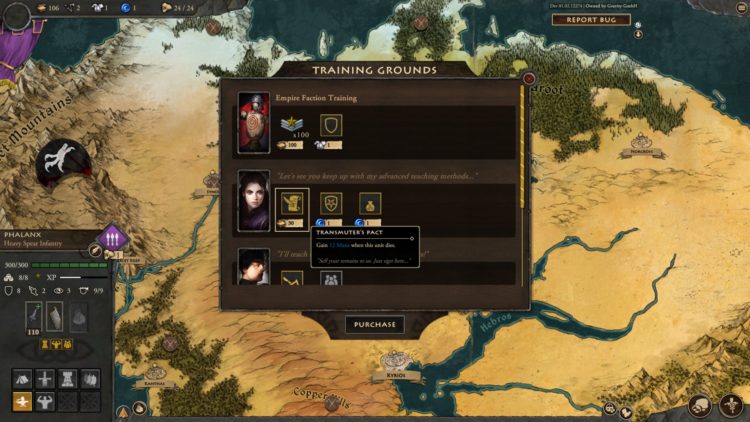 Moira has amazing skills that’ll be integral throughout your Fantasy General II: Empire Aflame playthrough. She has several perks that let you start all battles with Skeleton Archers and Skeleton Infantry. She can also turn an undead ally into a ticking time bomb. Meanwhile, the Master Summoner perk lets you summon new units as a free action, and there’s also the Transmute Life spell (more on this in a while). 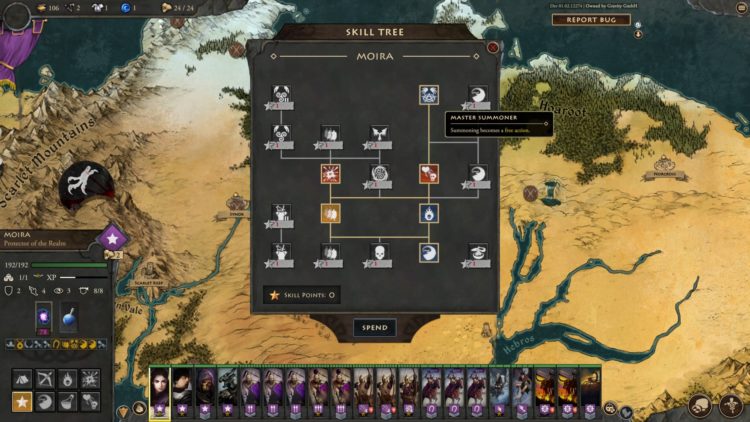 Master Ocram is a mysterious spellcaster and he has additional summoning capabilities. Like Moira, he has the Transmute Life spell. If you cast this on a wounded enemy unit, it converts all wounds (red pips) into mana. Both characters should abuse this skill often so that you can continue churning out more undead.

Note: Before I discuss the next two characters, be forewarned that there will be spoilers. 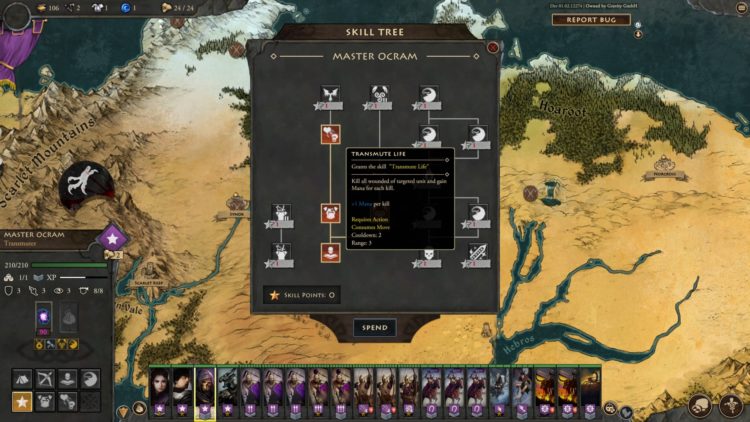 Moira starts out with Filos as a companion in Fantasy General II: Empire Aflame. This arrogant nobleman has the Conscript skill, allowing you to move to a settlement and use it to gain mercenary recruits for that battle. Likewise, he has Quartermaster and Master Provisioner to give your army extra supplies (increased unit cap). 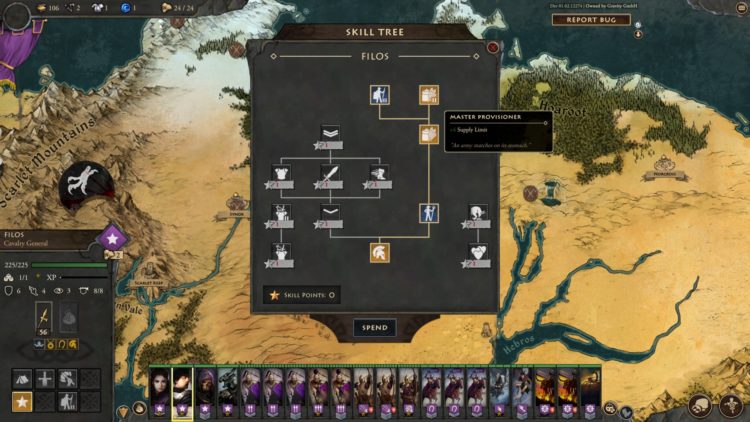 As you progress, Filos becomes too ambitious and cruel, and Moira has to stop him. He’ll rebel for a couple of missions; you’ll lose the extra supply boons leading to -1 morale if you’re over the supply limit.

Then, in the “Gates of Kyrios” mission, you have the option of continuing the campaign as Moira or as Filos. If you side with Moira, Princess Marcra joins your forces too. Like Filos, she has the Conscript, Quartermaster, and Master Provisioner skills. Furthermore, her Bodyguard I and II perks let you start fights with Pegasus and Pegasus Rider units respectively. 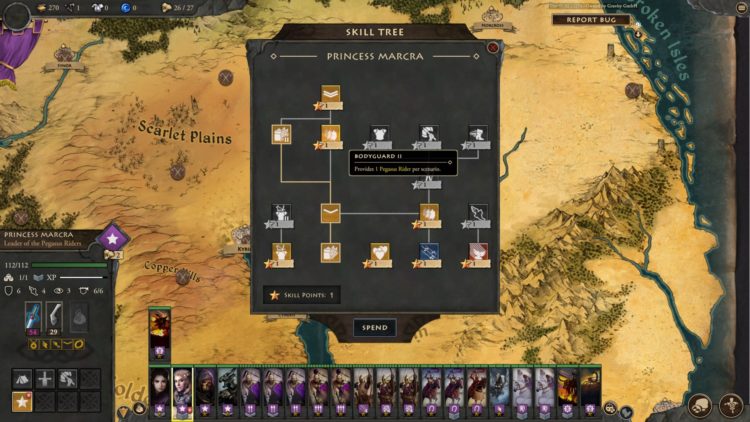 If you side with Filos, it’s revealed that Master Ocram was an agent of the dark powers and was spying on Moira all along. However, if you followed Moira’s path, you’ll notice that Ocram’s still sticking around past this mission. Try to keep that in mind because sinister plots might be afoot.

In any case, I’ve only done a dozen or so missions in Fantasy General II: Empire Aflame, but this guide gets you started. There’s a lot more to discover throughout your journey though. Fantasy General II: Empire Aflame releases on October 22. You can find it via Steam.