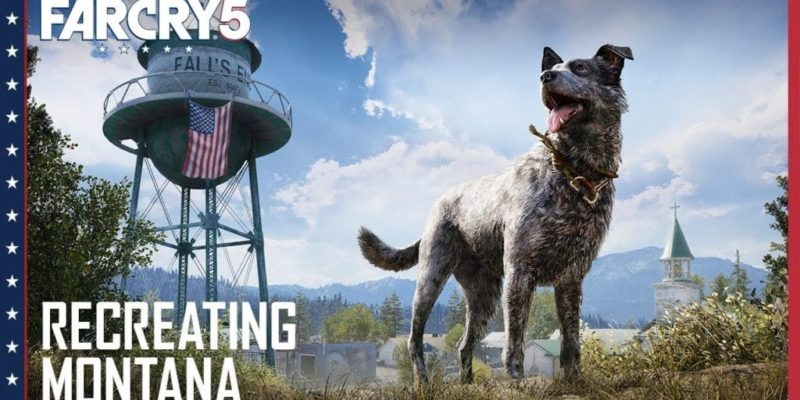 Ubisoft have a new video out, in which they gush about the state of Montana and talk about adapting it for Far Cry 5. The gorgeous landscape gets many plaudits throughout, as does the variety of vegetation.

Animals too, of course, are a big part of Far Cry as a series, and Montana’s wildlife felt “exactly a match”. The Ubisoft talking heads also note that it was interesting to see play-testers opting to follow the roads in Far Cry 5’s fictional version of the state. In the trailer, they speculate that this is because parts of the game look like home, so people behave accordingly by following the rules (rather than diving off-road immediately).

Then there’s a bit of discussion about the use of ‘Photogrammetry’ in the game. The technique involves taking photographs all around an object, and then using those images to recreate a 3D model for use as an in-game asset. This portion is accompanied by lots of convincing shots of rather nice trees.

As part of their research, the studio learned about the popularity of fishing in Montana. Fly fishing in particular was recognised as an activity that needed to be in Far Cry 5. That’s why there’s now a “super deep fishing system” in the game.