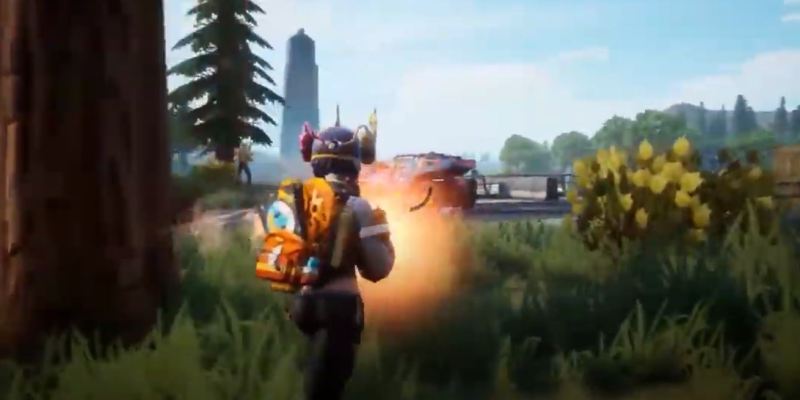 There are many battle royale games to choose from nowadays. The success of PUBG and Fortnite is so ubiquitous that even Call of Duty got involved. Naturally, there are more on the way. Such as Farlight ’84, a futuristic battle royale with cyborg zombies. Much like Apex Legends, the game is going to have heroes you can choose between, which will add a MOBA-esque layer to the proceedings. The game is set to enter Early Access on PC early next year, and will be published by Miracle Games.

Farlight ’84 is set in a post-apocalyptic world where a zombie cyber-infection has spread across the population. The majority of the human race is now known as “zomborgs,” which has placed the survivors in ceaseless fights to the death with one another because that’s just how these games work. The game is played from a third-person perspective with a large focus on mobility, as characters boost around with jetpacks. There’s also a healthy dose of vehicles they can drive around, plus a crafting system. One interesting feature is that players are rewarded with building materials after each match that they can use to construct refuges, which are places to hang out with friends in-between matches.

The game makes use of a system where energy gets used up whenever vehicles are driven or similar interactable objects are used. Farlight ’84‘s PC announcement also comes with a trailer depicting the game’s colorful world and cast of characters zooming around and shooting at each other. I’m not one for these types of games, but the trailer makes the game look fairly promising. It’ll be worth a look when it launches into Early Access within the next few months. As to whether it will be successful in such a crowded market space is anyone’s guess, but we’ll find out shortly enough.