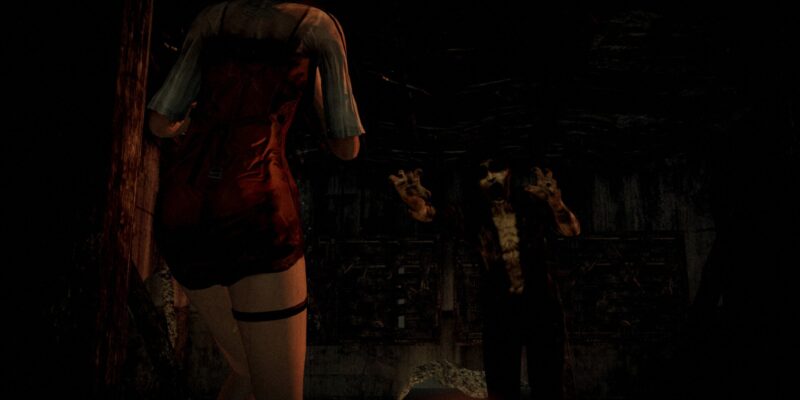 Fatal Frame: Maiden of Black Water is described as a remaster, but it’s more of a straight PC port of the Wii U version with changed controls. Case in point, the original version was 15 GB, while this one is 22. Granted, I don’t own a Wii U to go back and compare the versions side by side, but as best I can tell, the graphics don’t appear to have changed much at all. As this is a port of a Wii U game, there’s no reason to post any specs here. You can run this well if you have a dedicated GPU.

There is a rather glaring problem with this port, though. If you have a 60 hz monitor, it’ll all be fine on your end. If you don’t, the game will either run at your monitor’s refresh rate or thereabouts. I use a TV with multiple settings and usually game at 1440p/120hz. Fatal Frame: Maiden of Black Water runs at a solid 120 fps for me for the most part. The problem is that the game’s speed is tied to its frame rate, so I was playing the game at double speed. At first, I thought I was losing my mind when I noticed how fast everything was.

There doesn’t appear to be a way to work around this in-game. I saw no frame limiter of any sort. You’ll likely have to use an external program to cap your fps in order to play this. It’s kind of a big deal. I just switched my resolution to 4K/60hz and that solved that problem. At least Fatal Frame: Maiden of Black Water runs wonderfully at 4K. I got a steady 60 fps with very rare drops, outside of certain instances such as the misty folklorist’s house in drop five. At least it runs well? Let’s take a look at the graphics options next. 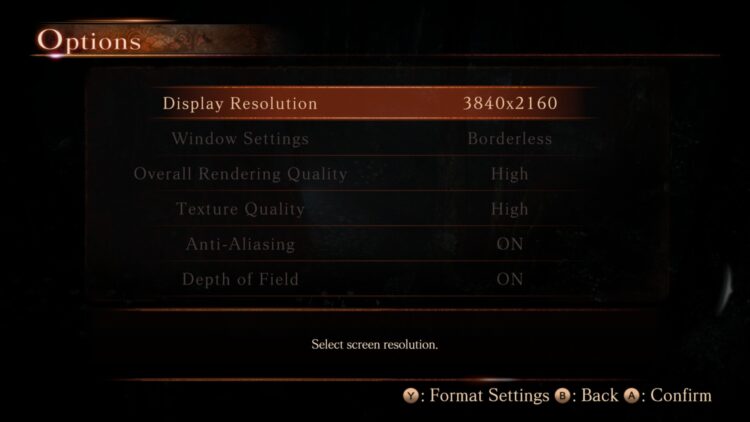 Okay, this isn’t shocking. Textures, AA, and depth of field. At least borderless is available, I guess. There are three texture settings and it doesn’t say what kind of AA it uses. Again, it’s a port of a 2014 Wii U game, so it’s not that surprising. Regardless, I took some comparison shots. 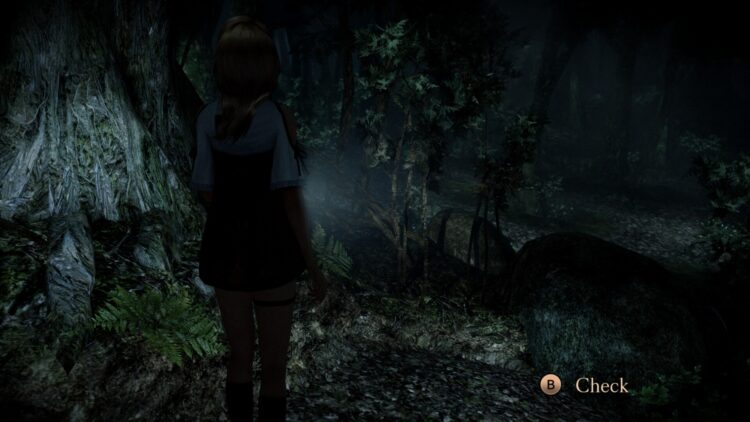 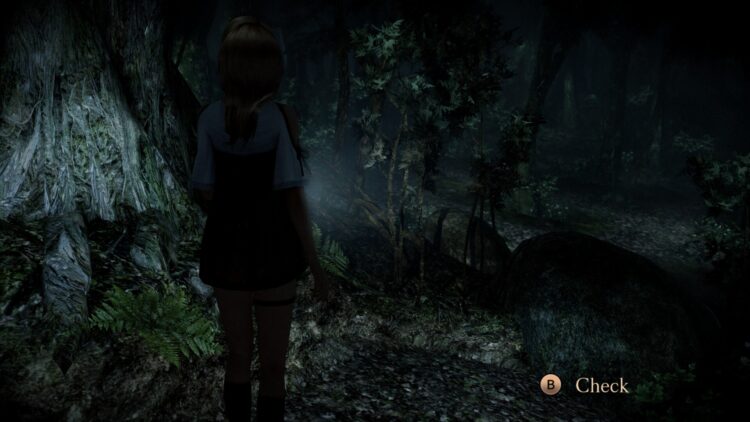 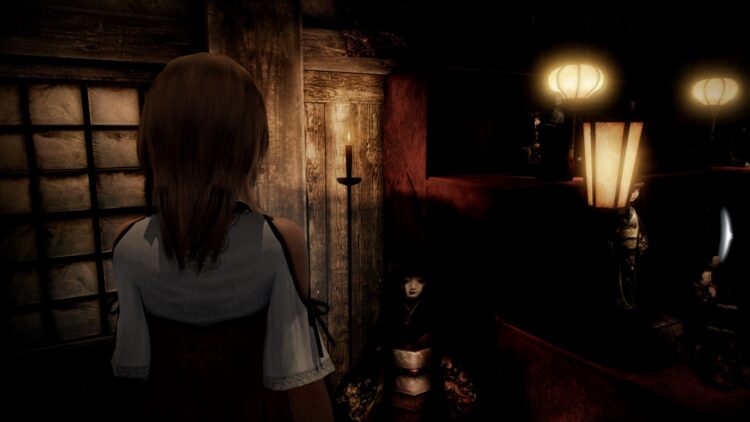 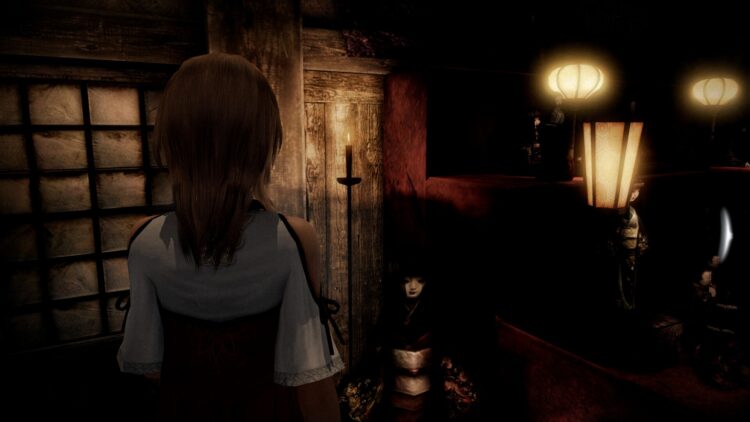 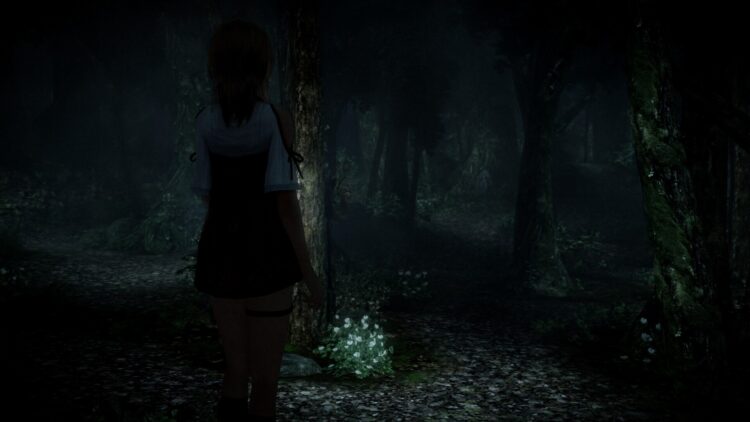 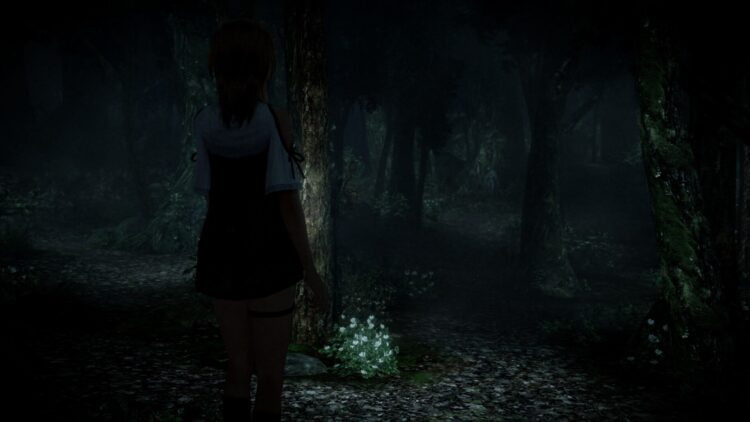 Since the re-release was announced, I often thought about how awesome it’d be to play Fatal Frame: Maiden of Black Water with mouse controls. Swinging the camera around with a mouse would surely be one of the best ways to play the game, no? Well, there’s no mouse support outside of the buttons. You can’t move the camera or navigate the menus with a mouse in any capacity. It’s horribly disappointing. It seems like it’d be fairly easy to implement, but here we are all the same. The default keybindings are also super weird, but you can rebind all of them, at least. Well, not the gamepad ones. I do have to note that I got two freezes during my time playing the game. The game just stopped responding to my inputs and the next thing didn’t happen. The exe stayed open and the sound continued to play, but I had to close it out via the task manager. 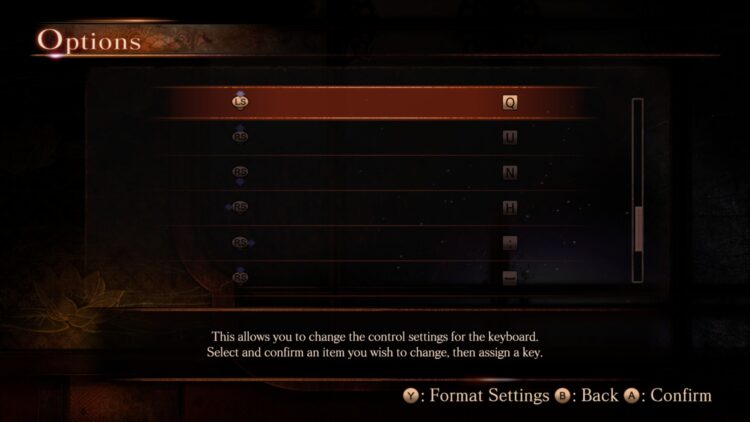 There you have it. Fatal Frame: Maiden of Black Water‘s PC port has one major problem, one major disappointment, and the occasional weird freeze. If you don’t mind locking your fps with an external program, it’s still an immensely playable game that I happily recommend to horror fans. I really wanted that better camera control, though. Maybe one of you animals will mod that in for me. Pretty please?