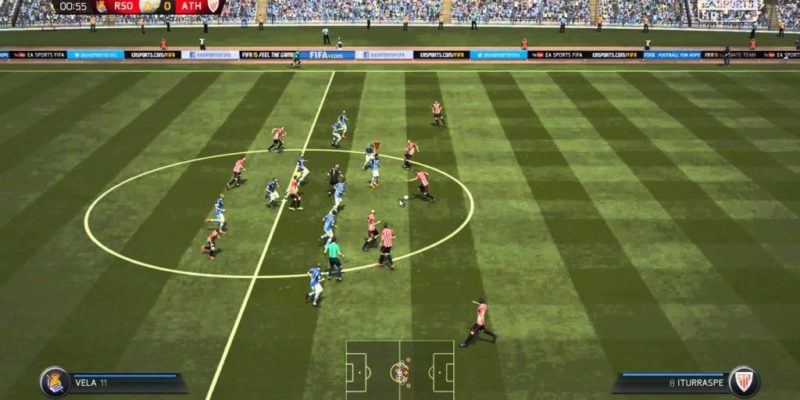 An extremely odd bug is making the PC version of FIFA 15 unplayable for some, according to multiple lengthy threads on the EA support forums. It basically turns FIFA 15 into schoolboy football, as just after kick-off every single player (goalkeepers included) immediately rushes towards the ball in the center of the pitch.

You can see this phenomena in action in the embedded YouTube clip from user ‘Koldo Sagarzazu,’ below.

Another symptom, based on what people are writing in the support threads, is the inability to make players strike the ball in the right direction. Attempting to take a shot makes the player turn around and fire it off in the opposite direction.

This sounds a bit like one of those weird anti-piracy measures publishers sometimes add to their games, but the people posting about this issue pretty much all claim to have legitimate copies. I have no reason to disbelieve that, so unless some anti-piracy thing is misfiring on purchased copies that’s probably not the cause.

So far there’s been no official response from EA about this bug. The ‘EA Answers” thread advice was merely to report the bug through social media and on the EA forums, which, of course, people are already doing.

We’ve not received any PC review code for FIFA 15 as yet, so can’t really attempt to replicate this bug. If you bought FIFA 15 through Origin, you are entitled to a refund through the ‘Great Games Guarantee’ policy.