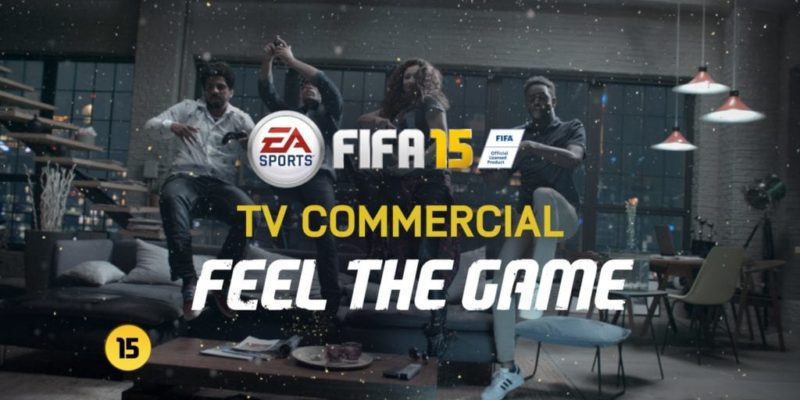 It’s getting close to release and FIFA 15’s balls are getting more exposure via the moving picture box in your living room.

23 September is the big day for FIFA 15 fans and you can tell it’s getting close because EA has pumped our their TV ad which will probably be playing continuously during TV ad breaks for the next couple of weeks.

The ad is filled with dramatic music and men made of pixels kicking balls around. For some reason this version also makes your living room explode which is an interesting feature.