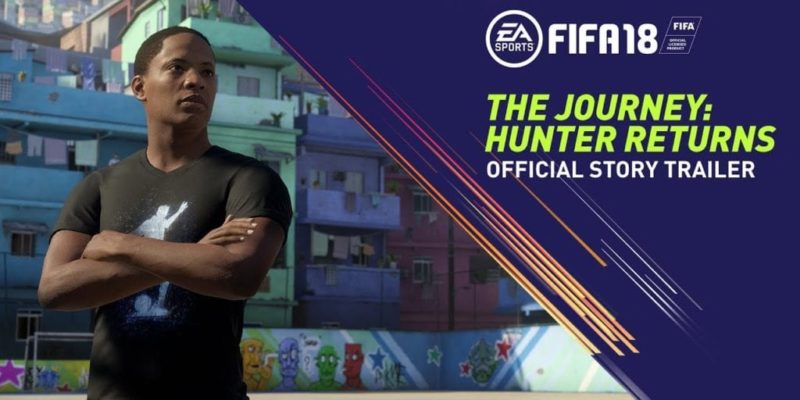 A new trailer for FIFA 18’s returning ‘story mode’ The Journey features Alex Hunter apparently being shunted around to some new clubs. The context isn’t exactly clear, but he appears to pop up at LA Galaxy and PSG. Those are pretty different destinations, so quite how that happens is a mystery.

Since I had Hunter playing for Middlesbrough in FIFA 17, I like the idea that PSG suddenly become desperate to sign him. Or maybe he’s just on loan there, somehow. I don’t know. Sounds like there’ll be some more ‘special’ voice acting from a few professional footballers too. Looking forward to hearing that.

FIFA 18 comes to PC on 29 September. If every single other previous year is any indication, a demo will be released a couple of weeks beforehand. So that would be 14/15 September, probably (not confirmed, just extrapolating from history).

PES 2018 PC demo is coming this month but not today

By Logan Broadley2 hours ago
Hardware