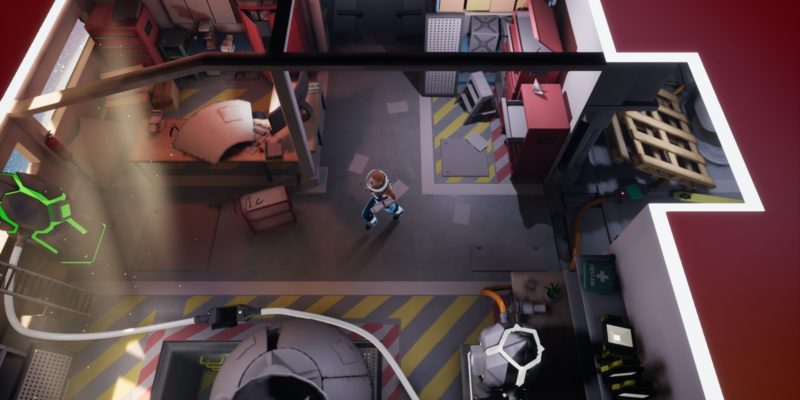 Hard. Filament is hard. So hard, in fact, that it took me somewhere in the ballpark of a week to beat the demo. Filament is also very good. So good, in fact, that I willingly spent that week wracking my mushy brain over a few dozen puzzles. Developer Beard Envy promises over 300 puzzles for the full game, meaning that I’ve still got a lot of game to go. Rarely am I so excited, and so scared.

I haven’t been this profoundly affected by a puzzle game since 2016’s The Witness, a game that Filament appears to have drawn much inspiration from. But while much of the work in The Witness is dedicated to discovering new puzzles, Filament prefers clear, straightforward punishment. Aboard the Alabaster, devices known as Anchors stand between you and the spaceship’s navigator, Juniper. Each Anchor presents a set of five puzzles that you must solve in order to unlock another portion of the ship and, subsequently, more puzzles.

The Alabaster, despite being totally abandoned by the crew for reasons unknown, serves as a beautiful backdrop for your puzzle solving. It’s a cornucopia of bold and bright colors, with myriad objects of interest to ponder over. I could only detect a single piece of music in my time with the demo, but its calming yet adventurous quality complements the atmosphere. Of course, any track can lose its original flavor, especially when contextualized by hours of head-banging puzzles. 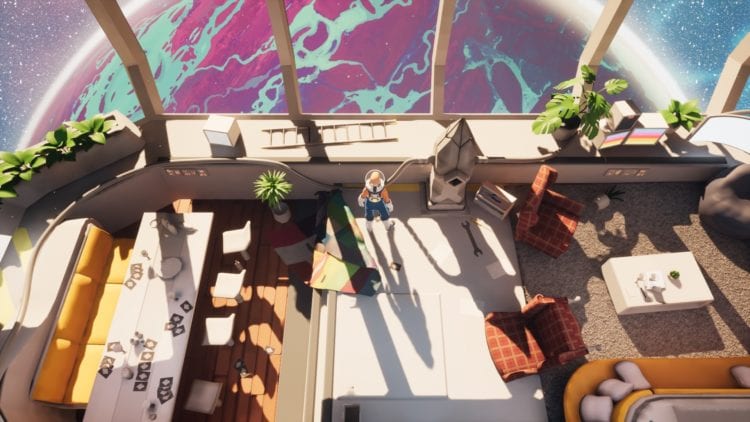 Not your typical derelict ship.

While the music persists, the scenery transforms when you enter puzzle mode. Abandoning the player-character, you now assume control of a cute, little robot that leaves behind a glowing wire/filament trail as it moves. You guide this robot through rooms with a number of energy prisms scattered around in various positions, using the trail to deliver power to these prisms. Any prism that your wire touches lights up; power all the prisms, and you can exit through the newly-opened door to win.

However, as your robot turns corners and wraps around obstacles and prisms, the wire grows taut and blocks off potential pathways. Much like a game of Snake, the wire becomes an obstacle that limits your future options. As such, planning a step or two ahead is crucial. You don’t want to block off that last prism, or worse, the exit. It’s like Snake meets connect the dots, only you have to figure out the dots’ order for yourself.

I could say Filament rolls out its challenges gently enough, but I’d be lying. Ten puzzles in and you’ll be feeling the pain — in a good way, of course. Certain Anchors serve as quick tutorials for new mechanics, but the majority are merciless. What were simplistic puzzles evolve into a complex network of mechanics with a million and one possible options.

From color-coded prisms to locked prisms to moving prisms, the game thinks up a host of new ways to push this puzzle format to its limits. It’s immensely gratifying to come across each new variation — solving them even more so. Some I lucked out on, while others stumped me for what felt like hours. Puzzles get incrementally more challenging, taking the lessons you learned in previous Anchors and building on them. Filament continues to test you and test you, but just when you think you’ve reached the ceiling, it surprises you with more. 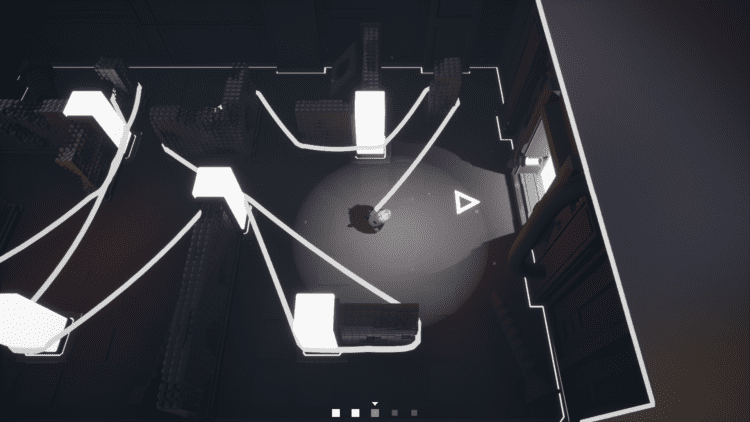 A lot of time is spent dissecting each puzzle section by section, deciphering the secret code of a layout that looks borderline unapproachable. Filament isn’t free from the evil clutches of cognitive overload, but its puzzle mechanics help bring order to the chaos. Certain obstacles suggest certain routes to consider, locked prisms may encourage players to tackle other sections first, and unlockable gates help plot out your plan of attack.

However, Filament‘s puzzles also have an affinity for trickery, often employing red herrings to lead you astray. It’s virtually impossible to differentiate between the two when you’re knee-deep in puzzles and brain juice. The only way out is pure trial and error. If I have any complaints about the puzzle-solving, it’s that the game presents far too many possibilities. Finding a foothold in a puzzle is absurdly tough, especially when there are so many angles of approach. 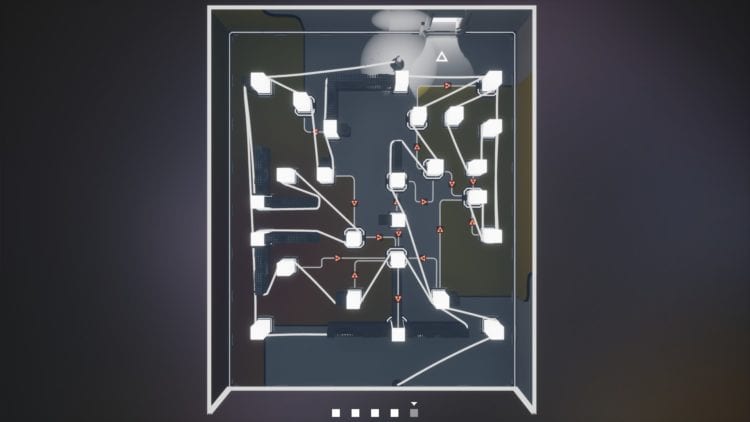 Guess how long this one took me.

Although I can imagine the opposite for many players, I found the puzzles in Filament much more manageable than, say, The Witness. Most of the game’s mechanics are explicitly taught, and its challenges encourage complete mastery over every facet of those mechanics. The Witness leaned more towards lateral thinking, which led to hours upon hours of my time spent looking at puddles and trees, searching for a puzzle’s true boundaries.

I struggled significantly more in The Witness, but each clear I did achieve left a noticeable mark on the game world. Filament traps you on all sides with its five-puzzle Anchors, making each cleared puzzle nothing more than a drop in the bucket. The Alabaster’s warm, colorful interior is rarely ever the focus of the game. Puzzles exist in a separate realm, one in which you’ll spend 99 percent of your time.

A ship full of surprises

Only after solving five puzzles in succession are you rewarded with a small prize for your efforts. Juniper, who narrates the game, provides a slice of insight with each Anchor cleared. This is usually coupled with a new code to input into a computer for an extra dose of lore. The overarching goal of the demo was to obtain three pieces of an image — provided by three of the Anchors — required to unlock the final room. I’d wager the large remainder of the experience features a similar progression path. 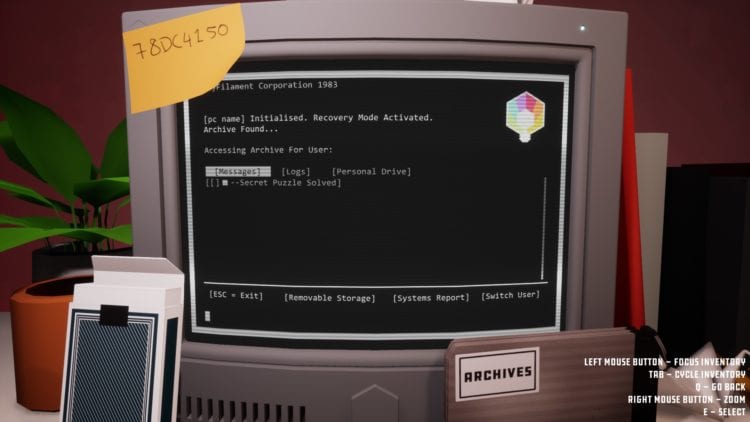 A whole lot of lore.

There will plenty more to see aboard The Alabaster, but Filament‘s true beauty lies in its plethora of puzzles. Beard Envy’s creativity is boundless; each puzzle is unique, challenging, and incredibly satisfying to solve.

Puzzle junkies should keep their eyes peels for Filament when it releases sometime in Q1 2020. 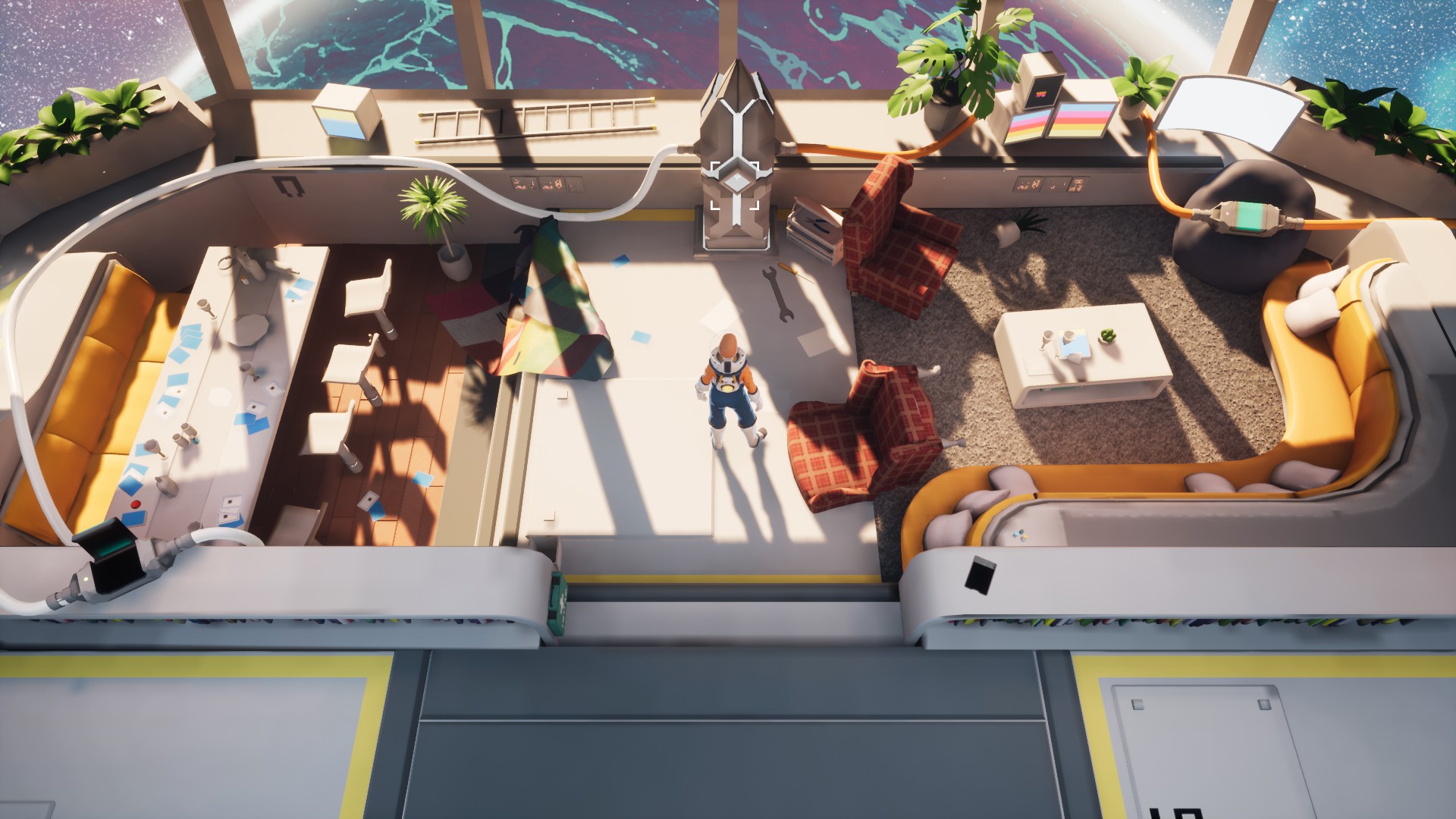 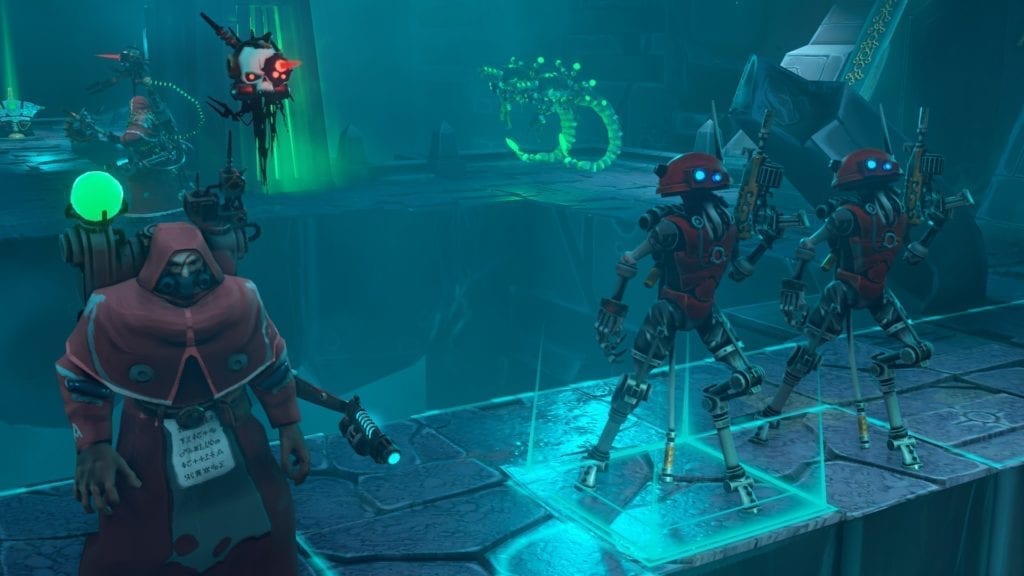