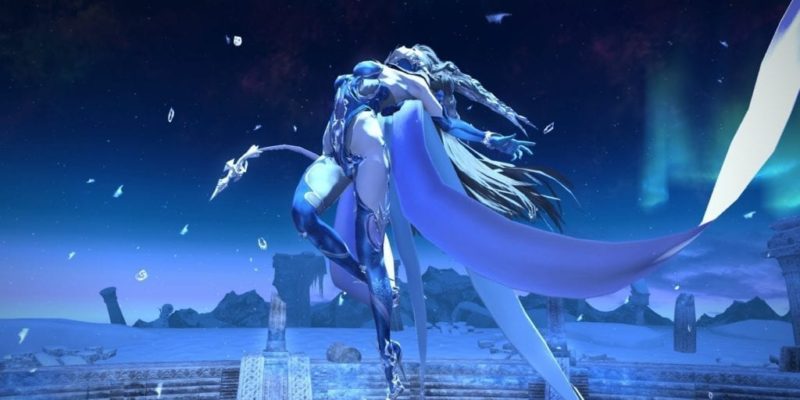 It’s been a little over a year since the re-release of Final Fantasy XIV. For those unfamiliar, the launch came in the form of A Realm Reborn, having somewhere around 2.5-million users, and being one of the most popular MMO’s right now.

The long awaited Patch 2.4: Dreams of Ice has finally landed for FFXIV and along with it came a number of new features including the highly demanded Rogue/Ninja class.

Here is a break down of some of the key and exciting features being added to the game in this patch:

The Ninja class was sought after by fans as one of the new classes to be added to the game, mostly due to its ability to dual wield knife weapons. Like any other class in the game, players start off with a sub-job, in this case being the Rogue, later advancing to a higher class at level-30. This is where players can take on the role of the Ninja.

Upon reaching the deadly class, a number of ninjutsu or ninja techniques become available. The fast moving abilities and new weaponry deliver a fresh feel to the game. The Ninja is also the only class to adopt a new “running style” after reaching level-30, running similar to interpretations seen in anime or manga. Their jumping also changes into a flip, which is unfortunately only for aesthetics.

The Final Coil of Bahamut intimidating anyone brave enough to challenge.

The Final Coil of Bahamut:

Much like the previous two major patches, this one also includes the addition of another major raid as part of the Bahamut storyline. Players finally tackle the third and final raid of the Coil of Bahamut, fighting several difficult bosses to attain the newly added gear. There is much to discover making it through to see the end of this journey.

To offer some comparison, players can only collect 450 per week to attain the new equipment. The new gear is also essential in your plights through the new branch of storyline. This means that it may take players several weeks to collect funds and equipment simply due to the limitation on Poetics.

Primal Shiva as she prepares to take on a group of adventurers.

Patch 2.4 would not be called Dreams of Ice without the inclusion of its new ice elemental Primal Boss, Shiva. Most people are familiar with Shiva from previous entries in the Final Fantasy series, being seen as a popular spirit summon or boss. You can expect a difficult fight, having new gear to be rewarded for your trials.

There are several new dungeons, including “Hard Mode” versions of older ones. Players will find new challenges, mechanics, and some entertaining new bosses. While there are new areas available, some newly added dungeons can only be unlocked through completing the new quests in the main story of the game.

There are many more features to see in this patch and if you’d like to see them all you can have a look through the official patch notes for a more in-depth look at everything being added. Patch 2.4 Dreams of Ice is also available on the Playstation 3 and Playstation 4 versions of the game with a download size of around 2 GB.

Square Enix has also teased a new expansion for Final Fantasy XIV: A Realm Reborn called Heavensward which is set to launch Spring 2015 and will certainly include a massive amount of content including the new Dark Knight job.