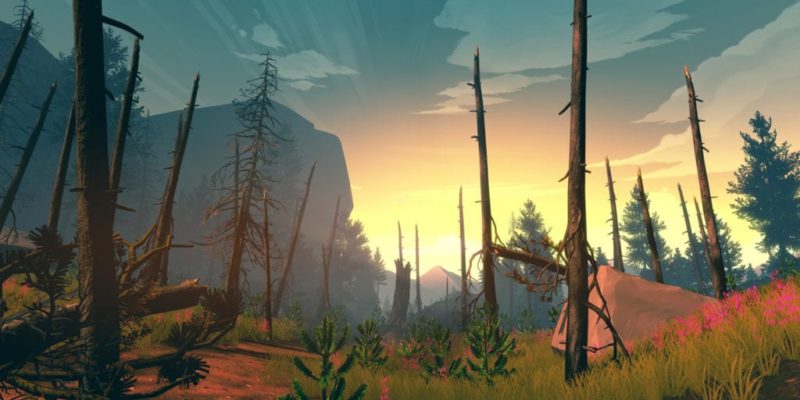 Firewatch was “one of the things that got away yesterday” during Sony’s conference when were all tired and/or bored with writing about trailers and stuff. That’s not Firewatch’s fault though, and rather unfair on the game, so here’s the trailer and a few new screens.

For those who don’t know, the game will be the first from Campo Santo; a studio formed by former Telltale leads Jake Rodkin and Sean Vanaman. If you’ve felt that Telltale’s writing dipped a little after Season One of The Walking Dead, well, Rodkin and Vanaman’s departure may well be the reason.

Campo Santo also have Nels Anderson, the lead designer on Mark of the Ninja, and artist Olly Moss (have a look at the Firewatch screenshots for his pedigree.)

It’s quite the indie developer supergroup they have going on over there.

The game itself is set in the Wyoming wilderness in 1989, where players take control of Shoshone National Forest fire lookout, Henry. Henry is guided by the voice of supervisor Delilah on his walkie-talkie. Firewatch is exploration-driven, with Henry looking for clues to the “mysterious occurrences” in the area.

Last I heard, the game had a proposed 2015 release date. The trailer below is PlayStation branded (since it comes from the Sony event,) but the game is coming to PC as well.