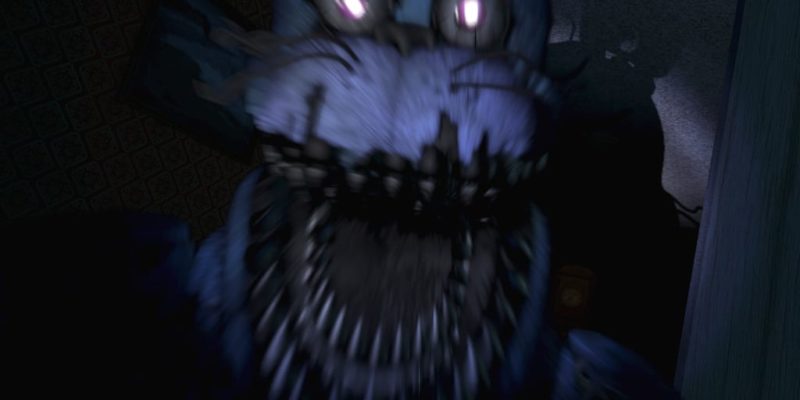 In what may be some kind of in-joke about the surprising nature of the game, Five Nights at Freddy’s 4 has unexpectedly popped out of development a bit early.

Originally scheduled for August, you can instead pick up the fourth installment in Scott Cawthon’s lore-heavy horror series about Freddy Fazbear’s pizza joint and the animatronic nightmares contained therein right now. Five Nights at Freddy’s 4 switches the main location to an unspecified (but probably important, knowing these games) child’s home, where Freddy Fazbear, Chica, Bonnie, Foxy and “even worse things” now lurk.

As usual, you need to keep yourself safe until 6am by watching the doors. Your method of defense this time around is a flashlight, which can scare things away if they’re distant enough, but will be “your end” if they’re too close. Devious creatures will be trying to make their way into your closet or (oh god) onto the bed behind you.

In his release announcement, Scott mentions that full-screen options may not be working correctly for everybody at the moment. He promises to have this fixed before the end of the day.

Here’s a trailer of Five Nights at Freddy’s 4 in motion. With all the alarming animatronic jump-scares that implies.

How to get on the DOOM multiplayer alpha test