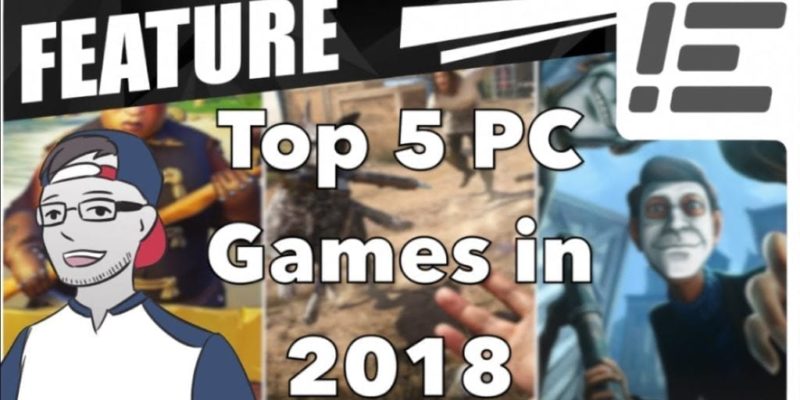 Last year was a fantastic year for gaming and 2018 is shaping up to be a great year as well with highly anticipated releases like God of War and Red Dead Redemption 2. As much as I am looking forward to playing those titles, there are a few other games for PC that I am particularly excited to play. Keep in mind a lot of these game are available on other platforms, but PC is where I plan on playing them. So, without further ado, here are my top five most anticipated games to play on PC in 2018.

Have you taken your Joy? – We Happy Few

We Happy Few is a first-person, psychological horror game set in the mid-1960’s in the fictional British city of Wellington Wells. This title was released into early access in July of 2016, but has a release window of mid-2018. Explore the city and uncover what the government doesn’t want you to know as you play through as one of three characters who decided to not take their Medicine. The medicine, Joy, acts as hallucinogen that alters the reality of the person who’s taking it. A person on the medicine will see kids happily hitting a piñata, as the person who doesn’t take it sees the kids beating a giant rat. Players must search the city while completing a series of tasks before the timer runs out all while trying to blend in with their surroundings, solving puzzles, and searching for clues about what is going on. This type of game has my name written all over it. I adore the cartoonish art style and music that is mixed with aspects of the horror genre. The mystery behind the city and what’s going on is very enticing and I can’t wait to get in and see what this game is all about.

Originally, Overkill’s The Walking Dead was much higher on my list, but after doing a little research into what the game is going to be like, I started to realize that it was essentially just Dead Island set in The Walking Dead universe. Not that this is a bad thing at all, because I am still excited to play this game, but I was hoping for a third person, open world, narrative-driven zombie game. Kind of like what the trailer suggested it was. So, Overkill’s The Walking Dead is confirmed to take place in The Walking Dead universe, so we may or may not see some characters we know. It is a first-person, four-player co-op game that is scheduled to come out in fall of 2018 (hopefully). There are four playable characters and each of them has their own unique skill trees and special abilities. For example, Aiden, the person we saw in the trailer, wields a baseball bat so he may specialize in primarily melee combat. This is not confirmed to be the case, but it would only make a scene. Even though this may not be what I was hoping for, I love The Walking Dead universe and can’t wait to see what’s next.

I have always enjoyed the Far Cry series, and this looks to be no different. Ubisoft pretty much set the standard for what an open-world game needs to be, and even though Far Cry is essentially the same game set in a different area with slightly different mechanics, it keeps me coming back with its incredibly addictive gameplay. However, this is the first time we have a location set right here in the US in a fictional town of Hope County, Montana. This is also the first time that we get to create our own character, unlike previous versions where the was a premade protagonist. We can still expect to see everything else that we loved from previous games like bandit camps, lookout towers, and an arsenal of weapons and explosives at our disposal to take out all those people in the militaristic doomsday cult. Far Cry 5 has a release date of March 27, 2018, and is certainly a must buy for me.

A Pirate’s Life – Sea of Thieves

Sea of Thieves is set to release on March 20, 2018, and has an open beta starting on January 24th through the 29th. The unfortunate part of all of this is the fact that I have heard little to no buzz about this game and I’m not sure why. As a child, I was always fascinated with the idea of being a pirate and to this day I have been waiting for a game that really captured the essence of what I thought being a pirate would be like. I know we had Assassin’s Creed: Black Flag back in 2013 and that was great. But I wanted a game where I can do essentially what I want, because I’m a pirate and that’s what they do. From what I have seen so far, Sea of Thieves is exactly what I have been looking for in a pirate game. A game where I can sail the seas either with a crew of friends or by myself, searching for treasure, booze, hidden puzzles. My favorite aspect of Sea of Thieves is that it is a shared world experience which really separates it from other pirate-themed games before it. Its cartoonish style is extremely appealing to me, and the open world explorations make it to where there will always be something to do. Whether it’s raiding enemy pirate ships, searching the ocean floor looking for treasure, or just hanging out with some friends and having a good time.

Hands down, the game that I am looking forward to the most has to be State of Decay 2. Yet another post-apocalyptic zombie game (I just love them). It’s been about five years since the release of the original State of Decay, and fans have been eagerly awaiting a sequel, then, at E3 2016, we were finally given just that. There isn’t a whole lot known about the next installment in the series, but we did learn that this game will be co-op with up to three other players. Which that had to be the biggest gripe anyone had with the original, but there is still an option to play solo if that is what you prefer. They created a new system to where if a player wants others to join their game, all they have to do is shoot a flare in the sky and other players may join their world and play together. Be careful though, because perma-death still applies in another person’s world. The game has a 2018 release date, so we probably still have some time before this comes out. From what I have seen in trailers, the game features everything that we loved from the first installment, just improved upon.

So, that’s my list of upcoming games for PC that I am most excited for. If there is anything you are excited about, be sure to let me know in the comments below! And like always, thank you and I talk to you next time.

Can Nvidia GeForce NOW Save Gaming on Underpowered PCs?