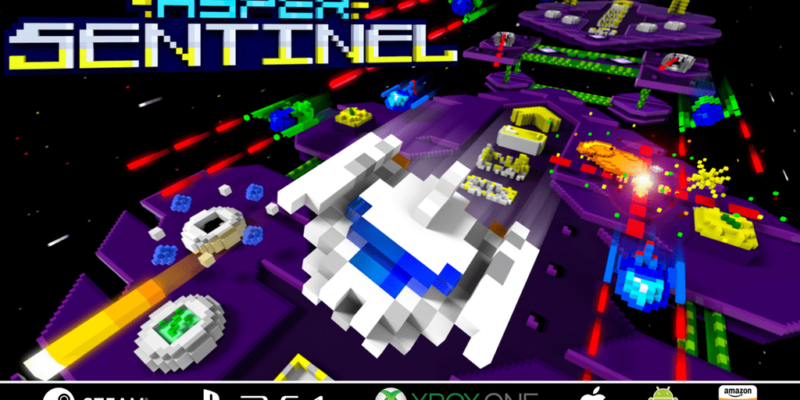 The older gamers among you may remember a game called Uridium which appeared on numerous platforms including the ZX Spectrum around 1986. Hyper Sentinel is bringing back the flip and scroll shooter next month.

Hyper Sentinel is a modern take on the shooter and it’s a lot faster and certainly a lot more vibrant than Uridium ever was. That’s not to say Urudium wasn’t great, it was, but tech has moved on somewhat since then.

“Hyper Sentinel will take older gamers right back to their roots with an updated feel,” said game creator Jonathan Port of Four5Six Pixel. “Meanwhile the new generation’s thrill-seekers can satisfy their urge for action and epic boss battles without wading through a plot.”

Hyper Sentinel releases on 11 May and you can check it out on Steam now ahead of launch.