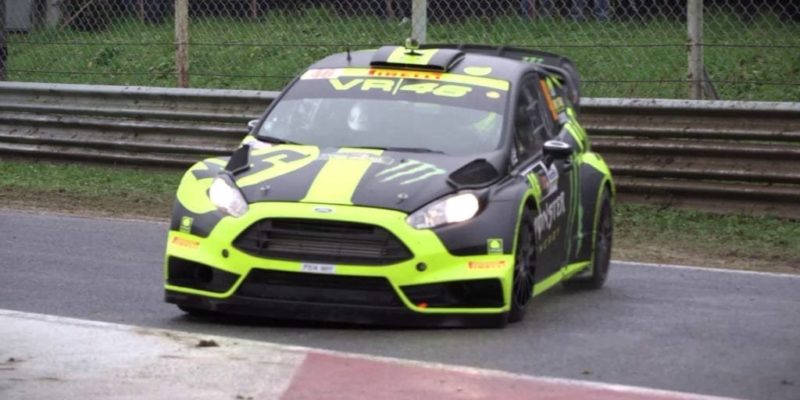 Milestone closed an interesting deal with Dorna Sports in order to develop a new video game based on Valentino Rossi and MotoGP.

This game will feature the complete roster for 2016, targeting clearly at replacing the official MotoGP title that hits the market every year. Valentino Rossi and Luisa Bixio V.P. Milestone stated the following:

Rossi: “I’m happy to announce that I’ll participate in the making of Valentino Rossi The Game, along with the guys at Milestone. We chose to include both the most important elements of my MotoGP career, and all the extra circuit stuff that are so important to me, like Ranch, Rally and more. It will be fun to approach the game not only as a gamer, but also as a ‘test driver’. I’ll work with the development team to make sure all fans will get the best experience they ever had.”

Milestone: “We are really enthusiastic about this partnership and project, Milestone has been developing MotoGP for a few years, but the experience we are going to offer all motorcycle racing and Valentino fans this year is quite simply unique. Players can grapple with the entire 2016 official championship, but most of all they can experience the passion, professionalism and experience of Valentino Rossi, both in and out of the championship, with exclusive rally and flat track content, as well as much more that only the number 46 can offer. We also like to think of this as an Italian project par excellence, which we’re sure will be appreciated all over the world.”stated the following:

Players will be able to relive Rossi’s career from its early days and take control of a Rally car and race on various tracks like for example Monza Rally. There will be also an option available on participating in Flat Track races or discovering the world of the Valentino Rossi Ranch.

It’s obvious that this release wants to combine the fame of the 9-times World Champion together with MotoGP’s class and prestige in order to create the best possible experience for fans from both camps.

Valentino Rossi The Game will be released on PC, PlayStation 4 and Xbox One on June 2016.

Just Cause 3 Struggles with Major Perfomance Problems on PC

You Can Get BioWare’s Jade Empire for Free on Origin