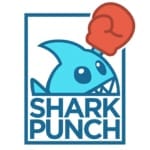 Former Disney developers from Helsinki and San Francisco have founded Shark Punch, a self-funded indie studio dedicated to making games that “combine the deep gameplay of classic ’90s games” with contemporary user-friendly design says the founders. The studio was founded by Aarne Hunziker, Jiri Kupiainen and Leo Lannenmaki, who all worked together at Disney Interactive and Rocket Pack.

The three developers left Disney Interactive in 2013 and decided to found Shark Punch and are now working on The Masterplan, a tactical heist game set in the ’70s, using tools that are heavily dependent on Haxe and OpenFL. The game will be playable at GDC 2014 next week in the GDC Play area, and is expected to release on PC later this year. Sources Gamasutra

The Warlords of Draenortm Ride Into Battle This Fall