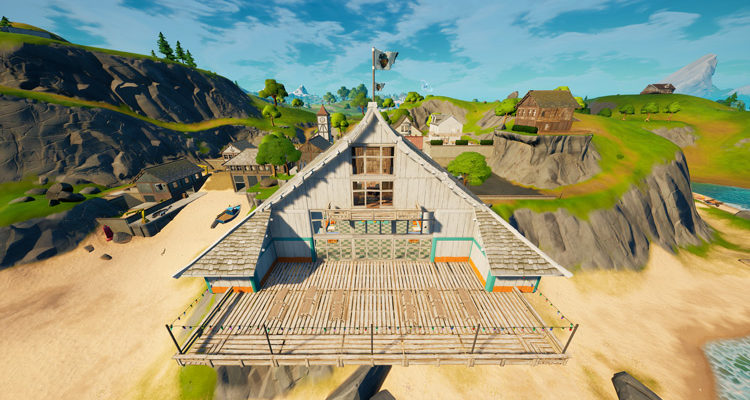 Epic Games has introduced a new in-game currency for Fortnite Chapter 2 Season 5 which allows players to purchase and upgrade loot via NPC vendors. Therefore, it’s important for players to know how to gain as much of the new in-game currency as possible. There are many ways to earn golden bars, but safes offer the highest single yields of anything so far. Players that can manage to find a safe will be rewarded with 150 golden bars. In this guide, we’ll cover all eight of the safe spawn locations in Fortnite that you can find scattered throughout Craggy Cliffs.

The first thing to know about these safes is that the spawn rates are very low. Seeing as they are never guaranteed, it’s best to just look for them as you go about normal looting. However, the spawn locations are often very convenient, so knowing where to check is worthwhile. Just note that some of the images look oddly placed, because we used a drone to capture them in-between walls for easy-to-interpret viewing angles. 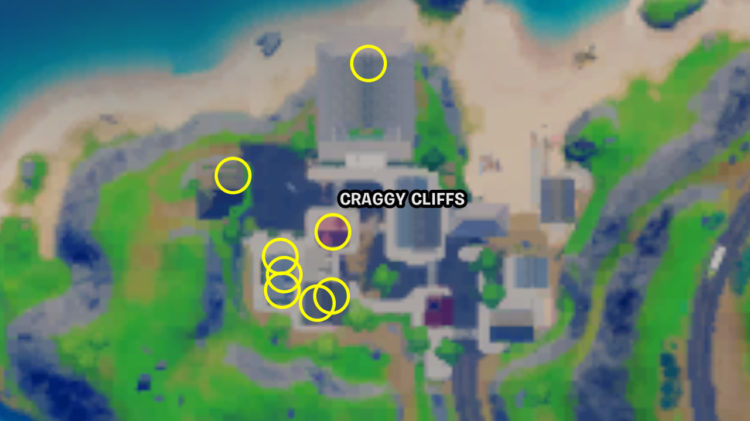 One look at the above map will tell you that Craggy Cliffs is one of the best locations in Fortnite when it comes to safe hunting. Even if other players land there with you, there’s a good chance you can get to at least six different safe spawns before them. Better yet, you might have Craggy Cliffs all to yourself in some matches due to its remote location.

Land at either of the two southwestern buildings to get started. The large hotel is the best place to start. If you break through the roof on the northeast incline of the building you will drop into the master suite. You can find the first safe spawn there. Break straight through the floor to land in the next guest room. You will find the second safe spawn there and the third in the other guest room on the same level.

The next two are equally easy. Break out the east wall of the room featuring the third safe spawn and jump across to the roof of the next building. The top floor of that building features a small apartment. You’ll find the fourth safe spawn next to some canvases there. Once you are done, break through the floor. Search the east bedroom on the middle level of the building to find the fifth safe spawn.

It’s a quick trip to the next building just north of the one you’re in. The top floor contains a bedroom and you can find the safe tucked into the corner by the desk.

We’ve now covered all of the easiest safe spawns to check during a match. The seventh spawn isn’t far away though. Build up to the abandoned home on the west side of the location on the cliff edge. The safe spawn is in the kitchen just below the windows. You can easily check from the outside.

The final safe spawn brings us to the Fishstick restaurant that overlooks the ocean on the north end. Head to the top floor where it’s mainly just used for storage. They keep the safe on the north wall on the west side of the room.

By Ben Kerry8 hours ago
Features