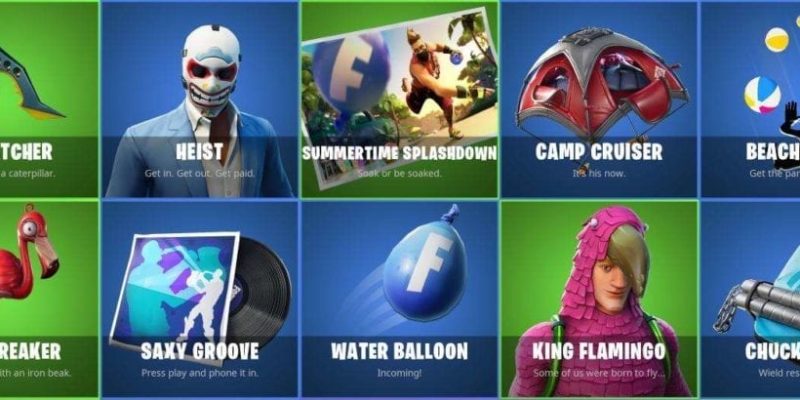 Fortnite is still the battle royale game that everyone is playing and data miners have just uncovered a trove of new things for the game.

Apparently, data mining Fortnite is an entire cottage industry on Twitter. Learn a new thing every day. For Fortnite fans, this means learning about new upcoming items. The big, big batch of them seems to be beach themed to tie into summer events like “14 Days of Summer” (and related challenges), “Summer Splashdown” and ‘”Storm Chasers: Surfin'”. You can see skins, emotes, backpacks, wrap, gliders, pickaxes and more in a collage by FunGameLeaks: 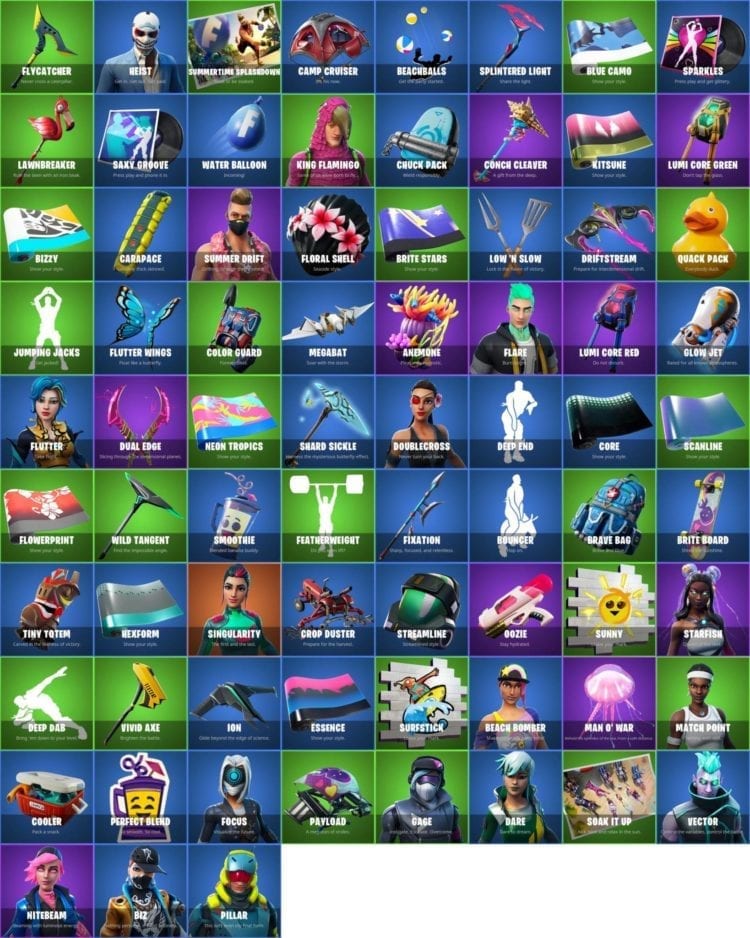 At the same time, Lucas7Yoshi has been diving in the game code to drag out news of challenges and more:

And by “more” I mean “new game modes”. In”Builder’s Paradise,” Fortnite is going big on the whole construction thing, with massively increased building health allowing for sturdier structures. However, you don’t need to blow your way through them – neutral editing will be enabled for all buildings, no matter who placed them, so you will be able to feel like rat tunneling through someone else’s fort. At the same time, increased building material drops will ensure that there will be more annoyingly-sturdy structures around.

“Strategic Structures” is Fortnite going the exact opposite way. Stone and metal walls will have increased strength, which will be balanced out by reduced resource drops and caps. So buildings will be fewer, but sturdier. Meanwhile, “Tag!” is the easiest mode to describe: red team will try to convert blue team to red via application of pickaxe. It’s like if Age of Empires priests were melee units!

“Tank Battle” is, unfortunately, bereft of actual tanks. However, it will increase the player health and shields considerably. At the same time, healing items will be removed and replaced by siphon – which means you’ll only heal via kills.

Oh, and there will be a set of cosmetics themed around Stranger Things (the hit TV show, not the stuff the doctor found in your lower colon):

Various simulator titles for PC on sale on the Humble Store

Moons of Madness isn’t a game I would normally like: Here’s why I’m sold