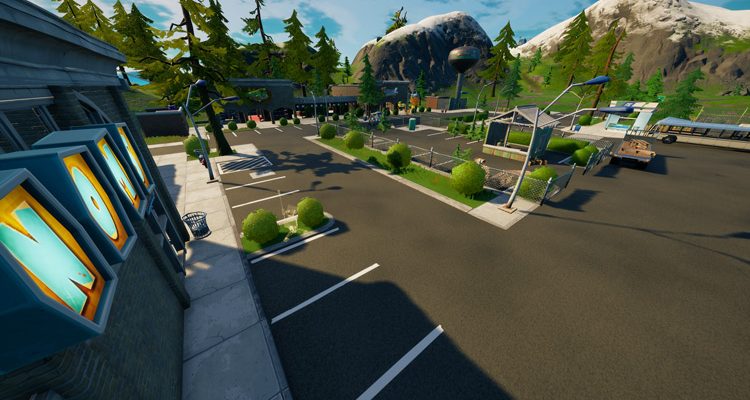 Epic Games has introduced a new in-game currency for Fortnite Chapter 2 Season 5 which allows players to purchase and upgrade loot via NPC vendors. Therefore, it’s important for players to know how to gain as much of the new in-game currency as possible. There are many ways to earn golden bars, but safes offer the highest single yields of anything so far. Players that can manage to find a safe will be rewarded with 150 golden bars. In this guide, we’ll cover all six of the safe spawn locations in Fortnite that you can find scattered throughout Retail Row.

The first thing to know about these safes is that the spawn rates are very low. Seeing as they are never guaranteed, it’s best to just look for them as you go about normal looting. However, the spawn locations are often very convenient, so knowing where to check is worthwhile. Just note that some of the images look oddly placed because we used a drone to capture them in-between walls for easy-to-interpret viewing angles. 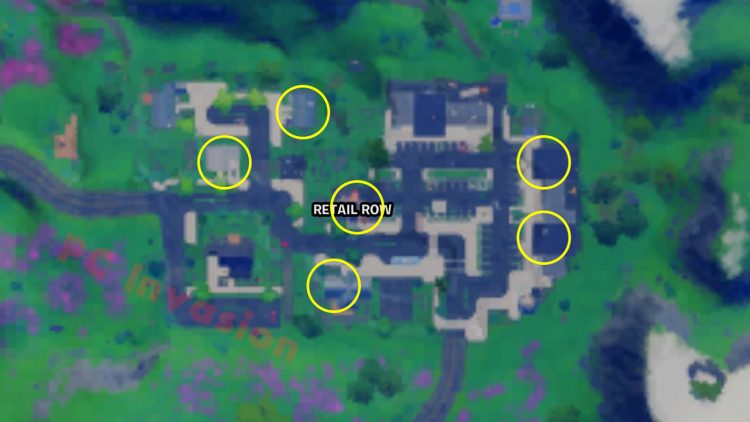 All of the safe spawn locations at Retail Row

Retail Row is a popular location for players to drop at in Fortnite, which makes knowing the safe spawn locations relevant and useful information. You will likely encounter enemy players when landing here, so be prepared to do some fighting. The best landing strategy for checking safe spawns is probably to start on the east end and go west. That will save you some backtracking, because of the circle will typically send you any direction but east.

The first safe spawn location is in the outdoor recreation store at the northeast of Retail Row. There’s a storage room on the upper level where it’s tucked away to the left of a storage crate.

The second safe spawn is on the same shopping strip, but in one of the buildings to the south. You’ll find yourself in a shop that looks like a bookstore. Head to the upper level and access that storage room to find the next safe on the right.

Now you need to cross over to the other end of the parking lot to the small white and yellow taco stand building. You will find the third safe spawn behind the counter there.

The fourth spawn location is located in the house just south of the taco stand. It’s the same house where Doggo hangs out and is also right next to the basketball court. Just walk in on the main floor of the building and look in the corner of the living room to spot the safe.

Safe spawn number five is across the neighborhood to the northwest. It’s in the central house located on the west end of Retail Row which used to have the broken roof in previous seasons. If you travel down to the basement, you’ll find it there.

Lastly, there is a safe spawn located in a brick house on the north end of the location. It’s the house that’s just west and downhill from the large cafeteria building. Just walk in the main floor and look next to the bookcase on the right. The safe will spawn next to it.