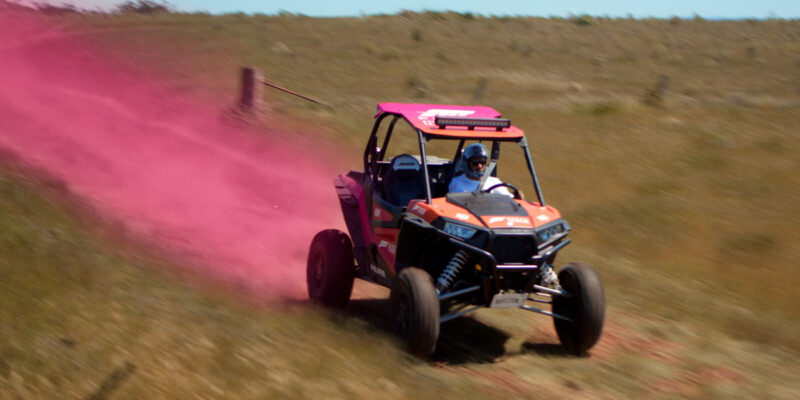 The latest installment in the Forza Horizon franchise, Forza Horizon 5, just came out today, and it looks like critics really love this one. The PC version of Forza Horizon 5 has a massive 91 aggregate score on Metacritic, with reviewers expressing particular enthusiasm toward its extremely detailed detailed visuals and wealth of content. This alone should provide plenty of incentive for fans of racing games to check the game out, but Microsoft evidently wanted to ensure that the game would receive the attention it needed. To try and accomplish this, Microsoft put out an ad for Forza Horizon 5 that depicts, of all things, a helicopter dropping a car from high up in the air.

This ad kicks off by showing the helicopter slowly rising as it carries a Polaris RZR 4,500 feet into the air. As soon as the helicopter reaches this height, it lets go of the car, at which point the footage briefly slows down for dramatic effect.

Eventually, the parachute attached to the car activates, and the vehicle immediately levels itself out as a result. Soon afterward, skydiver Ossie Khan jumps from the helicopter and activates his parachute shortly before the car lands. Once he reaches the ground, he opens up a container in the car to reveal a collection of Forza Horizon 5 Xbox copies inside. He then gets inside the car and drifts around as it dispenses pink smoke from its tires. A zoomed-out camera shot reveals that the smoke forms the shape of the number five, and the Forza Horizon title is placed right next to it.

This Forza Horizon 5 ad certainly comes off as an unconventional way to advertise a game, but it at least provides a nice visual spectacle for viewers to appreciate. As hard as it is to believe, maybe someone out there will feel more motivated to purchase the game as a result of this commercial.

Forza Horizon 5: How to get a free Koenigsegg Jesko legendary car