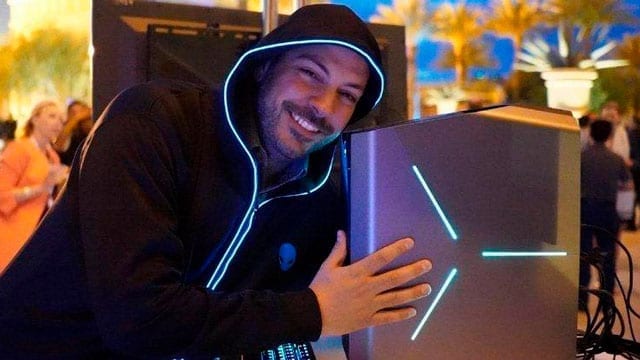 Frank Azor co-founded Alienware in 1996 with Nelson Gonzalez and Alex Aguila. Dell acquired the company in 2006, while allowing it to retain its control of design and marketing. Last month, Azor announced on the Alienware forums that he was leaving Dell on July 3 to “take on a new challenge.” In the post, he talked about what it was like to found Alienware over 21 years ago, and about how proud he was of everything he and his team had accomplished in the past two decades since the founding. However, he felt that his creativity needed a new outlet. Now, he’s been officially announced as AMD’s new Chief Gaming Architect.

This new position had already been leaked by an undisclosed Wccftech source last month, but until then it was still technically a rumor. AMD confirmed the nomination today, which many tech and gaming enthusiasts see as a big win for the hardware giant. Many see Azor as an icon of the gaming industry, someone who understands not just the industry and market of video game development, but also gamer culture and the whole spectrum of hardware and system development. His track record at Dell and Alienware will bring a wealth of experience to the table at AMD.

Some credit Azor as having pioneered the industry’s first high-performance gaming notebook, the classic Area-51m. He also helped the successful launch of Alienware’s first self-designed desktop case, the Predator. After his rise from being an engineer and senior executive of sales and marketing at Alienware, he held several executive roles at Dell. His official job title at AMD will be Corporate VP, Chief Architect Gaming Solutions. He will report to Sandeep Chennakeshu, head of AMD’s computing and graphics group. According to AMD’s announcement, his main task will be to build and expand AMD’s cross-platform presence (PC-console-cloud) across semi-custom, Ryzen CPU, Radeon, and Instinct GPU and software products.

In May we reported on AMD’s presentation of new hardware as it aims to keep challenging Nvidia and Intel. Frank Azor will most likely play a major role in the world of PC gaming as the hardware giant releases its new line of products and continues to foil Intel and Nvidia, while also powering the next generation of gaming consoles from Microsoft and Sony.

What do you think of Frank Azor leaving Alienware? Is AMD a better place for him? Leave your comments below and tell us what you think!

Bungie moving Destiny 2 from Battle.net to Steam on September 17