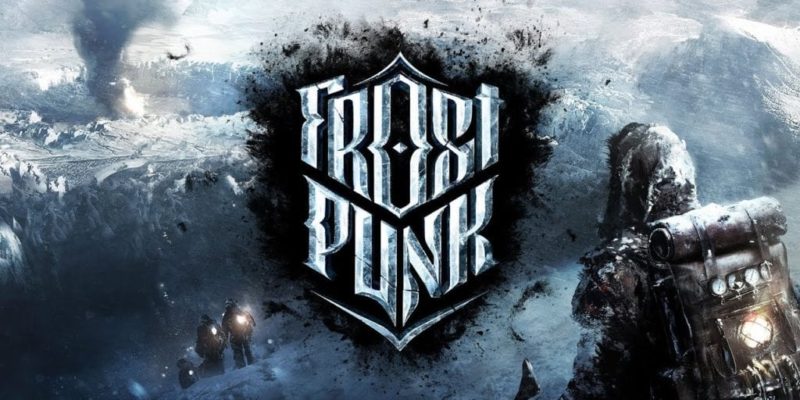 11-Bit Studios are back with a new game and it’s Frostpunk, a game that can best be described as a survival city builder management sim. This is not your usual city builder,  it’s not about making luxury housings or beautified streets peppered with parks and libraries, it’s about the survival of humankind and deciding what kind of a ruler you want to be.

The game follows the story of London’s inhabitants as they leave the city after catastrophic climate change, an ice age that’s wiping out everyone. Deciding it’s not a great idea to stay in London, the city survivors head north to establish New London. Why they would head north is a bit puzzling, surely it’s colder up north? It’s at this point the game’s action starts.

Everything in Frostpunk is affected by temperature so the main goal is to keep city inhabitants alive with heat. Once that’s established early on, the game becomes a continual race against time. The survivors need food, health care, shelter, resources, and most importantly hope. This all sounds simple enough but Frostpunk can feel brutal.

The clock is literally ticking in Frostpunk , time is of the essence as the temperature gets colder and the needs of the population change. It’s the time factor that stops you rushing ahead plonking down this that and the next thing, and even though there’s an option to speed up time, I soon discovered it was not always the best thing to do because there is so much to monitor. One misstep in the wrong direction can come back to haunt you later.

Resources are crucial in keeping the city and population alive and that involves collecting coal, wood, and steel. Workers can be assigned to collect the resources but they will only work in the day because at night it’s too damn cold. Quicker methods of resource gathering need to be researched and there are just enough resources lying around on the map to help you reach that point. Coal being the most important because without it there is no heat and with no heat everyone will freeze to death. Wood is needed to build and steel for more advanced tech, it’s a fairly simple economic model.

At the heart of New London is the giant heat generator and everything is built around it in a circle to take advantage of the heat on all sides which can be seen on the heat map overlay. This is one aspect of the game that makes sense, but on the other hand, takes away the thrill of building a New London the way you want. Every building has to be placed around the generator and linked with roads to connect the structures making a circular city. A sandbox mode would have been welcome to do whatever you wanted but right now there’s more focus on survival and the story. Perhaps a more open city builder style will come at a later date via an update or even more challenges. We shall see. 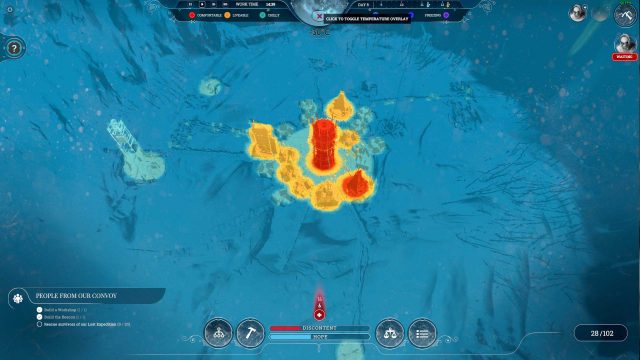 A tech-tree is at the heart of progression with basic buildings and technology being upgraded at the Workshop to bring new technology and buildings to the new community.  It’s the tech-tree that is integral to keeping the citizens happy and hopeful. There is however ever-changing needs as the days tick by and there are no easy choices when it comes to deciding what to research next. Having as many researchers in Workshops on the job certainly speeds up research which is always something to keep in mind. The citizens will continually moan about this, that, and the next thing which can be a source of frustration no matter what you are providing them. 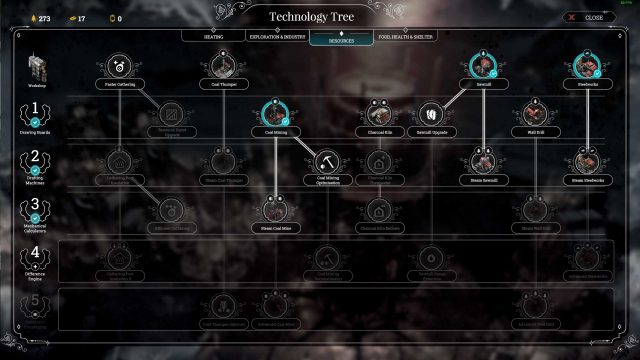 As well as researching new technology, there are moral decisions to be made which determine what kind of a city leader you want to be. New laws can be enacted which will either have positive or negative connotations on the community’s Hope and Discontent meters. If you want to be a tyrant you can be, send the kids down those coal mines and see what happens, or set your community down the path of faith to give them more hope.  Although moral decisions can be made, there is a feeling of disconnect with the citizens and that’s partially because they never appear to be particularly happy with any decision. The city of New London always feels like it could fall apart at any moment, and it often does. People are dying, starving, and generally not faring well in this new world. 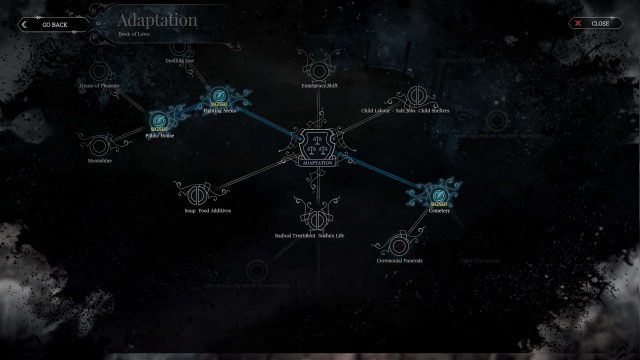 Outside the city of New London is a vast wintery wilderness waiting to be explored by scouts. This is presented as a map view, and once a Beacon has been researched and built, Scouts can be assigned to investigate points of interest on the map. These points of interest can be anything from finding some more survivors to boost your city population, useful resources, and even new tech. These scout missions offer basic choices, there’s no real interaction with them, they are decision-making exercises. As an example, a scout may find a cave guarded by Polar bears with survivors trapped inside. Do you risk taking on the bears to save the survivors or do you just leave them to perish? With the click of a button, the results of your choice are presented.  These outside “missions” felt a little shallow and don’t really add much to the game but they do give a sense of a wider world outside the city limits. 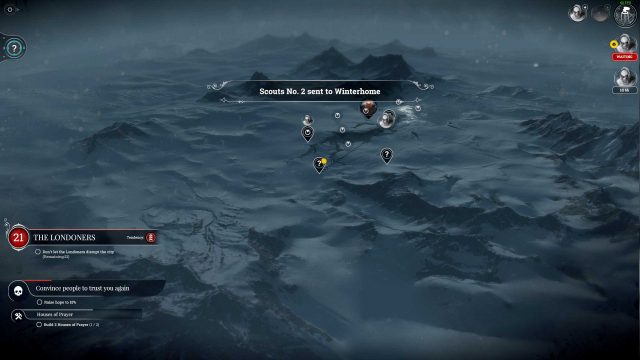 11-Bit has done an excellent job with the game’s  UI. Everything you need to activate or action is usually only a couple of clicks away and it’s all presented well in the bottom half of the screen. Information fed back to the player about buildings, resources and citizens is also very clear which makes this a really easy game to understand and get pulled into. Watching the little people run about the steampunk city or trudge through the snow is fairly enjoyable but it would have been great to get in just that little bit closer to see the misery of your people. 11-Bit has captured that steampunk feel brilliantly and that has to be commended.

There is one moment in the main campaign, which I won’t spoil, but it’s a complete pain because you know it’s coming at a certain point. This moment seems to have a huge impact on progress no matter how well you have been doing and it felt like a bit of a cheap shot on the part of the developers. Enough said on that, it was just bloody annoying. They also knew it would be annoying because there’s an autosave right at that point. Cheers for that.

Frostpunk is no city builder, if that’s what you’re looking for then this is not a game for you. If you are on the other hand wanting to be pushed when it comes to city management, survival, research and moral decisions, that’s where Frost Punk delivers. Be prepared to be stressed when things don’t go your way. The constant worry that if you are banished by the population its game over is always nagging at the back of your mind so save often and think carefully. This game can feel punishing at times which will keep you trying and trying again as you attempt to keep more people alive but that’s its hook and charm.

Frost Punk will test your city management skills to the max and keep you coming back for more.

Descent-like Overload gets a release date

By Blake Grundman20 hours ago
Reviews