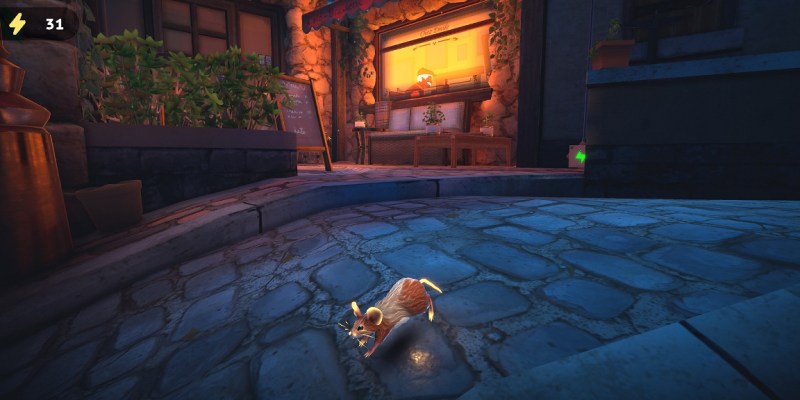 A new game starring a cute little mouse with electric powers has just arrived on PC. And no, this has nothing to do with Pokémon. Developed by Alblune, this “narrative-focused adventure game,” dubbed The Spirit and the Mouse, bears a superficial similarity to Stray, as they both feature small animals making their way through big worlds. Unlike Stray, however, The Spirit and the Mouse does not take place in a post-apocalyptic world, and it grants its ordinary animal protagonist some decidedly unordinary powers. If you like mice or French villages at nighttime, then you can pick it up at one of several digital stores today.

According to a press release, the story of The Spirit and the Mouse revolves around “doing selfless acts of kindness for those in need.” After a Spirit Guardian by the name of Lumion ends up stuck in the mortal plane, a mouse named Lila volunteers to help bring him back to his home in the sky. To accomplish this, Lila must in turn help the people of Sainte-et-Claire, a mostly calm French village short on electricity due to Lumion’s accident.

Restoring power to this village will require listening to the villagers’ varying problems before finding Kibblins, smaller electric spirits that have scattered across the village. The Kibblins do not lend their help right away, however, as Lila must partake in various mini-games before they get on board with her quest. Solving the villagers’ problems while harnessing the power of these spirits will eventually bring the village back to life in more ways than one.

The Spirit and the Mouse intends to offer a relatively stress-free experience. Those who have been playing a lot of mentally or even physically demanding titles as of late may want to refresh by giving this game a go. Notably, the press release confirms that the game features a dedicated squeak button, so that may relieve quite a bit of stress by itself.